Captive to the Climate

In the World Economic Forum’s 2019 Global Risks Report, extreme weather events, the failure of climate change mitigation and adaption, and natural disasters, were listed as the top three risks respectively. The growing threat of a changing climate, and the increasing extreme weather events and natural disasters that come with that, is proving to be the ultimate challenge of our time, and one that impacts every industry and human on the planet.

For the insurance industry, the changing climate has been having an impact for years. Events that previously had been predicted to occur only once in every 100 years are now happening once in every 10. Figures for payouts following events are increasing, and it’s becoming harder to predict when natural disasters or extreme weather will happen, with seasons stretching later and later. Blizzards are occurring in April in the northern hemisphere, and the fire seasons in the southern hemisphere are starting earlier.

Richard Smith, president of the Vermont captive insurance association, says it’s a volatile time to be looking at these types of events. “It’s quite an unknown and maybe scary time, as these events increase, more floods and hurricanes, the fires in California,” he tells Captive Review.

As 2019 draws to a close, the world has seen unprecedented bushfires in Australia before the country’s summer even starts, as well as multiple fires throughout California. There have been floods in Somalia, Bolivia, and South Asia, a historic blizzard that hit North America in April, cyclones in Madagascar, floods and landslides in India, and deadly earthquakes in Pakistan and Indonesia. Typhoon Lekima, the second costliest typhoon in China on record, hit the country in August.

What this means, ultimately, is more claims in the mainstream market, which drives up prices, according to insurance lawyer Richard Jowett, partner at HFW Australia. “The insurance industry is responding and adapting in multiple ways,” Jowett explains.

“For example, insurers are looking carefully at aggregate exposures and in particular at geographies or industries which have greater exposure to extreme weather events. Ultimately, insurance will be harder to obtain and premiums will increase.”

This set of circumstances, in combination with a hardening market, means that prices are already rising, and will continue to increase sharply, making it the perfect environment for a captive to fill the gap created.

“But it’s an opportunity as well for captives, with the hardening market,” Smith said. “As these events increase and the traditional insurance market increases prices and maybe doesn’t want to insure some of these risks, captives can come in.”

The traditional insurance market choosing to walk away from risks that it deems to be too expensive or too damaging is something that is already happening. There have been well-publicised cases of the industry being pressured to not insure certain risks.

“Many insurers are under pressure from their own stakeholders not to support perceived climate change unfriendly industries. For example, some insurers will no longer insure thermal coal mines or might only do so under more restricted circumstances,” Jowett said.

This move away from coal mines by some insurers and reinsurers, for example, has been a hot topic. AXA XL, Generali, VIG, Swiss Re, QBE and Zurich are just some of the large organisations that have decided to not insure coal mines and plants as of November 2019.

Some companies are making strong statements now in relation to climate change, such as Zurich, which has been releasing white papers on the topic and advocating for more to be done by both companies and governments when it comes to a global price on carbon – a bold step.

“The clock is ticking to avoid the likely irreversible and catastrophic effects of exceeding the Paris Agreement’s 2°C target. Whist Zurich’s own estimates – informed by our Climate Change scorecard – maintain the view that actions remain insufficient to avoid this scenario, there are positive signs,” their latest white paper states.

“Zurich advocates for a global price on carbon, established at a level that over time becomes consistent with transitioning to a 2°C trajectory. Such a price would mean that negative externalities of fossil fuels and other sources of GHG emissions are properly accounted for and reflected in the price. This would help ensure that a proper assessment of risks and opportunities is reflected in investment and business decisions. It is therefore one of the key categories of the score card.”

While money is often the main driver in these decisions, the reputational risk also plays a factor in the change that some companies are making when it comes to their attitude towards climate change. Environmental, social and corporate governance (ESG) is having a big impact on many companies and is becoming a bigger factor for many captives too, according to Bertrand Gilson, chief investment officer at Builders Insurance Holdings.

When it comes to captives, Gilson believes that ESG is an important move that a lot of them are making, especially when it comes to looking at the issue of climate change and how a captive can help.

“All in all, I think it goes in the right direction of improving the quality of governance, improving the demonstration or the disclosure of the fact that you will have a sound business,” says Gilson. “So all this goes in the right direction of ESG considerations. And then and I think what is really is somehow key is probably for you to bring ESG consideration as the next step in the captive.”

For Malcom Cutts-Watson, managing director of Cutts-Watson Consulting Limited, captives looking at solutions for climate change is positive on many levels, just one of which being solving a reputational issue. “I like it because it gets the discussion away from is this a tax dodge, is this sort of hiding money offshore, is it secretive, all this talk about economic substance,” he explains.

“It gets away from that and it talks about using a captive for a much higher purpose which is really responding to climate change and helping developing countries deal with natural catastrophes and other catastrophes as well. To me it just raises the debate to a much more comfortable level and it’s a much more positive discussion rather than the captive industry having to defend itself.”

According to Jowett, there are some captives that are looking into this space, which is ripe with potential given the market conditions.

“Some of the captives we are working with are actively exploring these areas,” he says. “It does require careful planning, including consideration of key exposures and decisions on whether the risks should be transferred externally, retained or partly or wholly insured through a captive.”

When it comes to the area of natural disasters and climate change, there are some interesting developments already happening that Cutts-Watson believes are again, a great opportunity for captives to look at, if they aren’t already.

“I think you can build up a much more thoughtful way to respond to these disasters, and that probably involves regional pooling,” he says. “So that involves countries in a similar area coming together and putting some money together to have a kitty of money for when a disaster happens.

“Clearly they won’t want to put a huge amount of their own money in, so that’s when it makes sense to buy some form of protection, either a CAT bond or through the reinsurance market. But you need some sort of vehicle to house that risk and that money in, and you need that vehicle to be able to go out and purchase that protection. So that to me is a perfect use of the captive.”

Some areas of the Caribbean, and in Africa are already looking at these types of options not only for natural disasters but also for pandemics according to Cutts-Watson.

However any captive looking to explore this area should consider several factors, Jowett explains, including the nature of the risk to be insured, the captive’s own risk appetite, the availability of reinsurance or capital market solutions for the risk to be transferred, and the geography and industry of the particular risk.

He does believe that captives are uniquely positioned to provide a solution, because of how flexible they are and how they can quickly adapt to the market.

“Captives by their nature can provide bespoke cover to business units which might not be readily available through insurance market products,” Jowett explained. “Whilst captives must still continue to underwrite insurance prudently, they would ordinarily have a better understanding of the risk profile of their insureds and can tailor cover appropriately to what is required.

“Progressive captives also enjoy versatility and could explore capital market solutions rather than traditional reinsurance for certain types of bespoke climate change associated risks. For example, parametric style solutions might be attractive for their simplicity and speed.”

Cutts-Watson agrees with Jowett and says that while there are some captives looking at the area, that there is more opportunity than is being harnessed currently. The next step, he believes, is for more lobbying and more co-operation between the industry as a whole.

“There’s things happening but they’re not really using a captive as the focal point of all this work. I just think there’s a great opportunity to promote captives to do that,” he says. “So why isn’t it happening? Well I think institutions like the World Bank and the United Nations have decided on this strategy that they want to provide resilience to these countries to respond to climate change.

“They’re now financing it and they’re allocating money to these various initiatives. This is the time when the captive domiciles or the captive industry should be going to those groups and saying we think we’ve got a solution for you that will be of interest and will be an efficient way of using your money.

“And it requires a lot of modelling because you’ve got to assess how much risk each territory has and to price that up. But it just needs to be thought of I think, in the context of a captive, rather than just being done by an individual government.

“I think the industry needs to lobby the key decision makers a bit more. We need visionaries to try and promoted the industry as a whole, and the offering and the proposition as a whole. We don’t seem to be particularly joined up at the moment.”

Victor Puleo of Butler University tells us about the Davey Risk Management and Insurance Programme;...Read more

Captive Review and Noria welcome you to an informative webinar looking into the importance of...Read more 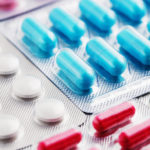 Despite a challenging year, in 2020 more organisations turned to self-insurance than ever before with the captive sector...
MORE
Ross Law