A move towards the tailor-made?

Paul Woehrmann, of Zurich Insurance Company, considers the potential for more tailor-made services for captive owners in the future. 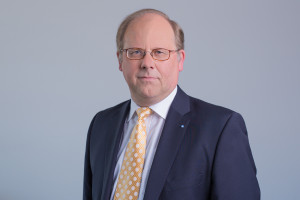 The current market landscape indicates that insurers, consultants and captive managers will receive more requests for tailor-made services from captive owners due to their changing buying behaviour. Traditionally, captives have assumed their risk share on a non-proportional basis for the primary layers. Large European captive owners have often increased their reinsurance share to a level which has resulted in a premium cession ratio of usually 70% to 80% of the entire gross written premium, depending on the underlying line of business.

A more active use of captives in the future as a reinsurer within the current market environment can also be explained by the diversity of the reinsurance market in addition to the increased popularity of the holistic risk transfer view.

Captive owners are much better informed about their risks than they were in the past. Generally, they have made use of this by employing two different strategies:

In addition, we have noticed that large captive owners prefer to use reinsurance captives.

The core benefits of a captive remain the same:

As captive owners route most of the gross written premiums of underlying insurance programmes back to their captives, fronting insurers can be faced with more complex captive customer service interactions. This is especially true if the fronting insurer is also a member of the captives’ retrocession panel. This collaboration also requires proven IT interfaces between the insurance, reinsurance and retrocession levels.

Captive owners should therefore select strategic insurance fronting partners they can work with wherever they have a presence, and which can properly handle the increasingly complex regulatory and tax landscape.

An effective and professional captive fronting partner should be able to:

Provided that owners use their captives more actively by approaching the reinsurance and ILS markets, specialised captive consultants, brokers or insurance companies can add value by developing strategies and solutions for the following arbitrage opportunities:

Top-rated, globally operating insurance companies with large networks might have higher expense ratios compared to reinsurance carriers, which are not required to finance a large network and mostly write business in high excess layers.

Reinsurance carriers may therefore have a different pricing approach and can thus offer lower premiums for high excess layers compared to traditional insurance companies. Therefore, captive owners could potentially benefit if they reinsure a substantial share of their insurance programmes, provided that the fronting insurance carrier is flexible enough to support such an approach.

Capacity arbitrage has recently been experienced with regards to insurance coverage for the banking sector and the mining industry. As these industries require large fronting limits based on industry-tailored wordings, the fronting insurers have a limited underwriting appetite.

However, the reinsurance industry generally has an underwriting appetite for the excess layers. Here, the captive can provide access to reinsurance or retrocession panels. This generally requires a substantial captive risk retention and attention for counter-party credit risk.

With regards to certain risks like cyber, companies may have a need for tailor-made programmes with wordings that meet their specific requirements or expectations. These policies could be proportionally reinsured to a captive.

It is likely that the captive would subsequently have to accept certain wording exclusions for retrocessionaires to be willing to cover those risks behind the captive with a limitation of coverages.

It is commonly understood that choosing the optimal retention level is a prerequisite for an efficient allocation of scarce capital in order to minimise the total cost of risk. At Zurich, we have seen an increase in the number of captive health checks. These services, which require comprehensive data to be provided by the fronting insurer, benchmark the individual captive retention across the same industry by actuarial means.

This development has resulted in attractive opportunities for various market participants. Furthermore, such wide-ranging solutions require comprehensive captive expertise to ensure that handling the complexities is not done in an overly complicated manner.

Risk engineering serves to reduce losses through systematic identification, assessment and improvement of risk. Not surprisingly, an increasing number of captive owners are introducing risk management techniques into their day-to-day business culture.

As risk engineering works best in long-term customer relationships, the starting point is to develop a close collaboration between the captive and its risk engineering provider. Thereby, solutions, especially around investment planning for risk improvement, can be tailored according to specific risk appetite and operational requirements.

As mentioned above, we have observed a trend in the European captive market towards integrating corporate life risks, such as employee benefits, into existing non-life captives. Consequentially, new risk engineering service propositions have been welcomed by captive owners in an attempt to increase efficiency and improve their operations.

Certain captive market developments, such as onshoring of offshore captives or restructuring of existing captive networks after an M&A transaction, require specific fronting insurer expertise. This is particularly the case in the development of novation and commutation agreements, considering the fundamentally different implications of these transactions.

Novations and commutations may be subject to regulatory approval. Further difficulties can occur when captive owners are unable to approach former fronting insurers for commutations where such insurers have in the meantime left certain markets due to reorganisations or where insurers do not have an appetite to take back the risks.

This shows that a variety of highly complex implications of transactions have to be considered based on the individual needs of the captive or its owner.

Smaller European captives, which are subject to Solvency II, might shift their operation to a virtual captive vehicle. Protected Cell Company (PCC) solutions, which are mostly provided by specialised third party solution providers, will have to be considered. Since PCC solutions are only available in a limited amount of jurisdictions, near-shoring to such jurisdictions might have to be done instead of onshoring.

The availability of structured financing of new risks, such as cyber, will require professional claims management, pricing and policy wording capabilities and services. Captive owners have the option to choose between a local or international insurance programme.

As captive owners seek to maximise wealth creation in the interest of their shareholders, each captive owner manages assets and is therefore highly interested in achieving superior risk-adjusted returns. Captives could, for instance, optimise their market risk-return management by analysing the liquidity structure and the rewarded risks, such as credit risk, of their balance sheet.

Internationally operating insurance companies have to align themselves to multiple regulatory, accounting and local statutory frameworks. Their experience and analytical capa­bilities could be potentially utilised by captive owners in order to make more informed investment decisions. In addition, they may be able to quantify the risk/return trade-off between different asset allocations and ALM strategies in a Solvency II context.

Specific insurance ALM services could be developed for the benefit of captive owners, which will also serve to strengthen the customer relationship.

So far, consultants of captive owners have certainly advised them on claims returns. In addition, captives usually also have experienced actuaries at their disposal. On the other side, captives should have access, thanks to the treasury departments of their parent companies, to skilled asset managers. However, between the “passive” and the “active” side of the balance sheet there might be a gap, and large insurance companies should be able to exploit this.

Insurance is generally purchased, whether directly or in support of a captive, on a line of business-basis. Multi-line programmes are rooted in the idea that insurance can be purchased more efficiently through an integrated risk programme. Generally, the understanding that few risks are closely correlated underpins multi-line captive solutions, as it is very unlikely that multiple events could trigger all the policies. Therefore, the notion of being able to purchase integrated coverage has been around for more than two decades.

This results in lower premiums for each line of business, with the potential for significant limits of insurance for example in property, casualty or management lines.

A large fronting insurer should also be able to support captives in this regard by means of retrocession protection.

Today, captive owners need to manage a more complex environment than ever before. Regulation-driven developments and current market characteristics have created new customer service needs and expectations. This needs to be anticipated in time and accustomed for by captive fronting insurers.

The enhancement of an existing service proposition is one answer for the benefit of captive owners. Another might be to review the organisational set up of a fronting insurer in order to prepare for a holistic go-to-market approach.

Therefore, the provision of professional service management for captive owners remains a constant priority. The owners of captives require that risks have to be understood very well and consequently, the captives have to be managed in a professional manner.

Since corporate customers and insurers are committed to the pursuit of the same goal, namely increasing risk quality, they should be jointly interested to intensify their collaboration in this regard. Properly implemented, this should further lead to a deeper long-term business relationship with captive customers.

Dr Paul Woehrmann is head of captive services Europe, Middle-East, Africa, Asia Pacific and Latin America, was ranked the third most influential person in the industry by Captive Review in 2016 and 2017. He has been with Zurich for more than 28 years and leads a team of experts located in several countries across the world in order to meet non-life and life requests from captive owners. Woehrmann studied economics at the universities of Hamburg, Cologne and Fribourg (Switzerland). 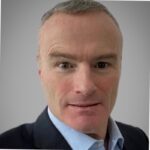