A Super Captive Solution for Healthcare?

Healthcare in the United States is relatively more expensive than it is in the rest of the developed world.

The theories for this are numerous: health providers in the US charge excessively high prices, the intermediaries between the patient and the provider (insurance companies, pharmacy benefit managers, etc.) are too expensive, the healthcare system incentivizes procedures, the tort system is out of whack, the reimbursement system is inefficient and filled with fraud, etc. 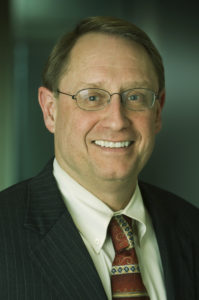 We are just now beginning to emerge from the experiment in healthcare reform known as the Affordable Care Act (ACA), which was based on the principle that the healthcare market would be more efficient if more people had insurance to pay for healthcare.

Of course, we have discovered that the imposition of a government programme mandating coverages and built upon political compromises does not lower prices or make the delivery of healthcare any more efficient.  While it is laudable that more people have access to health insurance, the cost of the care has not diminished at all.

Thankfully, we live in a country where private enterprise is incentivized to step in where the markets have failed and the government’s attempt to correct them has as well.  For example, we are beginning to see the growth of healthcare expense-sharing arrangements, which are not “insurance” and are exempt from the insurance regulatory laws because they are religious organisations.

In brief, the organisation acts as a third-party administrator for healthcare claims settlement and the members are assessed to pay the cost.  This obviates the need to maintain large reserves.

In addition,  the federal government has issued new regulations regarding association health plans (“AHPs”), which will loosen the qualifications to be a member of such a plan and thereby provide a vehicle for small employers to aggregate their buying power in the market.  Whether these groups will start to take a larger position in the market is anybody’s guess.

More significantly, three companies – Berkshire Hathaway, JPMorgan Chase & Co., and Amazon (let’s call them the “Big Three”) – have announced a new venture to create a healthcare financing entity designed to reduce the cost of healthcare for the benefit of their employees and their individual companies.

This is a stunning development not only for its ambition, but for its potential effect on the market.  The market capitalisation for the Big Three is approximately $1.6trn!  To put this in context, the gross domestic product of the US is about $19trn, and the budget of the US Government is about $4trn.

The new undertaking has been referred to in the press as a “captive.”  At this juncture, the Big Three each have their own self-insurance programmes with fronting carriers, so it would be more accurate to characterize the delivery of healthcare to their one million employees as multiple health plans, including captives.  Of course, creating one group captive could be an alternative.

Nothing has yet been disclosed as to what the Big Three are going to examine.  However, we do know that the new entity will be designed to be “non-profit” and to reduce the cost of healthcare without reducing the quality of healthcare.  While the ACA was purportedly aimed at these goals, it failed.

So, why will the Big Three have the opportunity to succeed where the US government could not?  Most importantly, the incentives of the parties will be aligned.  The Big Three, their employees, and the healthcare providers will all have the incentives to provide healthcare efficiently and at the most reasonable price.

The goal is to squeeze the waste and fraud out of the system.  In addition, the enterprise will not have to provide conflicting and expensive state-mandated benefits.

If it sets up its own internal insurer, it will be largely able to eliminate the cost of marketing and to lessen, if not eliminate, the costs of intermediaries (insurers, brokers, pharmacy benefit manager, etc.).  Finally, it can use its massive buying power to push down the costs of drugs and medical care.

In other words, the enterprise can follow the design of a “captive,” which is to take on risk where the market has failed, manage those risks, and lower costs for risk financing.  It is a private market answer when the public market has failed.

However, the health insurance market has every reason to be apprehensive (as was shown by the drop in share prices when the Big Three made its announcement).  If the Big Three establish a company that delivers healthcare more efficiently and inexpensively for their employees, then the existing healthcare insurers may be challenged to remain in business.

In addition, the Big Three, particularly Amazon, have shown the capability of using financial strength to buy their way into markets unrelated to their primary businesses.

Vertical integration can be more efficient initially in the market, but it can be anticompetitive.  The healthcare industry will likely need to rise to the challenge along with the health insurance industry.

The Federal Trade Commission and the Department of Justice (Antitrust Division), which have been slumbering during the past decade, will need a wake-up call as well.