By Charlie Ruchelman and Ben Eisenstat

Emboldened by wins in a trio of Tax Court cases, the IRS has continued to press. On 15 September 2019, the IRS announced a settlement initiative that would be offered to taxpayers with at least one open year under exam. As of the beginning of 2020, the IRS reported that almost 80% of taxpayers who had received an offer letter elected to participate in the settlement. At the same time, the IRS announced the formation of 12 dedicated examination teams that would open examinations of several thousand additional taxpayers.

Over the summer, the IRS issued Letters 6336 to taxpayers who had reported participation in a micro-captive transaction. The letters solicited a statement, under penalties of perjury, requiring the taxpayer to state that it was no longer participating in such a transaction. Subsequently, we have seen a flurry of new examinations being opened. Last month, in anticipation of the October 15th filing deadline, the IRS issued a news release suggesting to taxpayers who participated in micro-captive transactions to consult with independent tax advisors; and on October 22, 2020, the IRS announced new, stricter settlement terms that would be mailed to taxpayers under audit.

As taxpayers consider whether to accept this settlement offer, this article analyses the updated terms, both in relation to the previous settlement initiative and regarding a taxpayer’s potential exposure if they do not accept the deal.

Taxpayers are only eligible to participate in the settlement initiative if they currently have at least one open year under examination and have received an offer letter from the IRS. If a taxpayer has unresolved years before the IRS Office of Appeals they may still be eligible to enter into the settlement initiative, but they will not be eligible if they have tax years docketed in the U.S. Tax Court. If a taxpayer is being audited for participation in a captive insurance arrangement and has not been presented with an offer letter, they should consult with a tax professional about whether to ask the revenue agent whether one can be provided.

If a taxpayer receives an offer letter to enter into the initiative, they will have 30 days to elect to participate with the possibility for one additional 30 day extension. Each partner, member, and shareholder of each insured and the captive must agree to participate.

While the terms of the settlement are fixed, the IRS will need to gather relevant documentation in order to determine the tax amounts owed under the settlement. As a result, audits under the first settlement initiative have taken in excess of one year to complete after the taxpayers elected to participate. Taxpayers participating in the settlement initiative are not entitled to interest suspension under I.R.C. § 6404(g) and should discuss with their tax advisor whether to deposit an estimated amount owed with the Service in order to cease the running of interest.

If a taxpayer will not be able to make full payment of the liabilities owed under the settlement terms, they are permitted to submit complete financial statements towards a potential installment agreement or other financial arrangement acceptable to the IRS. However, the IRS will not execute the Form 906 Closing Agreement until all taxpayers have paid in full or reached agreement on arrangements to pay the IRS. After the last tax year subject to the Form 906 Closing Agreement, the captive’s Section 831(b) election and any Section 953(d) election is terminated.

Finally, the settlement requires taxpayers to file gift tax returns and pay gift tax or absorb credit as required, before the IRS will execute a Form 906 Closing Agreement. Where a trust owns the captive, taxpayers participating in the settlement initiative should be prepared to explain to the IRS why gift tax is not applicable. The IRS agents will coordinate with a gift tax specialist to assist with this aspect of the resolution.

With the unveiling of the updated settlement terms, the IRS has made settlement more punitive to the taxpayer, albeit with reduced exposure from what the taxpayer may expect in a normal examination. As part of the settlement initiative, the IRS will disallow 100% of any deductions claimed for captive insurance premiums in open tax years. This amount has been increased from the 90% disallowance permitted under the original settlement terms. The IRS will also disallow in full any captive related expenses claimed on the insured or the captive’s tax returns. Under the original settlement terms, only captive expenses on the insured’s returns were disallowed. As a result of these adjustments, prior to the imposition of penalties, the insured does not obtain any tax benefits from entering into the settlement initiative.

The primary financial benefits from entering into the settlement initiative come on the captive side of the ledger and in the reduction of potential penalty exposure. Under both versions of the settlement initiative, the captive is not required to recognize taxable income for premiums received and any withholding obligations under Sections 1442 and 1461 of the Internal Revenue Code attributable to the premiums are treated as satisfied.

Any liquidating or deemed distribution is recognized in the tax year in which all parties to the settlement have most recently filed an income tax return as of the date taxpayers opted into the settlement. For example, if the insured and the captive elect to participate in the settlement initiative on April 30, 2021. The insured is an individual who has requested an extension to file its 2020 Form 1040 until October 15th, while the captive timely files its 2020 Form 1120-PC by April 15th. The liquidating or deemed distribution will be recognized in 2019.

If the taxpayers elect to pursue the liquidation method, the liquidating distribution is generally taken into income by the captive owner pursuant to Section 331 of the Internal Revenue Code. In computing gain, however, each captive shareholder’s basis will be increased by their proportional share of premium deductions that were disallowed as part of the settlement to an insured that is not taxed as a C corporation. This ensures that there is no double taxation.

Under the settlement initiative, taxpayers must pay an accuracy related penalty under Section 6662(a) of the Internal Revenue Code at a reduced rate of 15%. The penalty can be further reduced by 5% if the taxpayer signs a declaration stating that they are not currently or have not previously participated in another reportable transaction. The penalty can be reduced by an additional 5% if an independent advisor signs a declaration stating that the taxpayer relied on the advisor’s tax advice concerning the transaction. In the first settlement initiative, the IRS agents scrutinized this declaration to confirm the accuracy of the statement. Taxpayers participating in the settlement initiative should be prepared to substantiate this position. In total, the taxpayer can potentially reduce the accuracy related penalty to 5%. The penalty is 5% more than it had been under the original settlement terms. Outside of the settlement initiative, wherever possible, the Service has been applying the 40% non-disclosed, non-economic substance penalty under Section § 6662(i) of the Internal Revenue Code.

Pros and Cons of Entering the Settlement Initiative

While the IRS has made the terms of the settlement initiative increasingly punitive, taxpayers must weigh the alternative if the examination continues without the resolution.

Adjustments to the insured will be similar under the settlement initiative or in a traditional audit. The IRS will disallow 100% of deductions taken for captive insurance premiums paid or expenses incurred in either context. By entering into the settlement initiative, the insured forgoes the ability to defend the captive insurance arrangement, and in exchange obtains penalty relief. The insured will incur a 15% accuracy related penalty with the potential to reduce it to 5%, whereas in an examination the IRS is certain to apply a 20% accuracy related penalty, and in many cases is likely to apply the increased 40% non-disclosed, non-economic substance penalty.

In addition, if participation in the captive insurance transaction had not previously been disclosed, the IRS will agree to only pursue the minimum $5,000 Section 6707A of the Code penalty as part of the settlement. Outside of the settlement, the IRS can pursue a penalty of 75% of the tax owed, up to $50,000.

The captive side of the equation will fare better under the settlement initiative. There will be no income inclusion for premiums received and the Section 831(b) election and any 953(d) election will be respected in the years under audit. Further, as stated above, any withholding obligations under Sections 1442 and 1461 of the Code attributable to premium received are treated as satisfied. The Tax Court has upheld the inclusion of premiums as taxable income to the captive[1] and practitioners have observed the Service pushing for captive income inclusion as part of audits outside of the settlement initiative.

While the terms offered under the settlement initiative are punitive, taxpayers are advised to consult with tax professionals with experience in the captive insurance settlement program. Each particular situation is different and requires a close examination of the pros and cons, as well as the taxpayer’s overall situation.

With Hurricane Ian being one of the most significant insured US catastrophe losses in recent...Read more 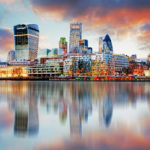 Alexander Mahnke stepping down from Siemans 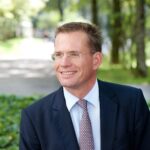