Brexit and Captives: View From Across The Pond

Robert “Skip” Myers, managing partner of the Washington, DC office of Morris, Manning & Martin, examines the impact of Brexit on the captive landscape.

By the time this article is in print, there will not be a reader of Captive Review who has not read, heard and thought about Brexit ad nauseam. It may or may not be one of the single most significant man-made events to alter the economic and political landscape since World War II.

While those on both sides of the issue have made predictions of its effect on the political and economic fabric of the European Union, and particularly the UK, no one knows with any certainty what will happen, at least in part because no one can predict the responsive actions of others. 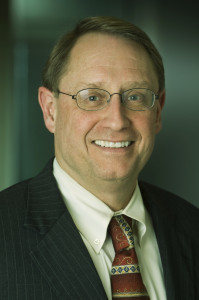 The EU could respond harshly or moderately; other EU members could decide to follow the UK’s lead or not; etc.

How big is Brexit?

Could Brexit be the start of a “Millennial Event”, i.e., an event that stimulates earth-shaking political, economic and social changes, or not? When Martin Luther decided that the bible should be translated into German from Latin (and then other languages) so it could be available to the common man, did he know, or could anyone have even predicted, that social upheaval, chaotic fighting, and eventually the reformation that would occur?

What does this have to do with captives? Right away, not a lot. However, the Brexit event is a paradigm that shows the continuing demand for opportunity, freedom to experiment, freedom from stifling bureaucracy, and the force of competition. And, it strikes a resonant chord with the captive movement.

The first captives were formed offshore (from the perspective of the United States) almost 50 years ago. These early captives were a response to an insurance market which was not providing the kinds of coverage needed at a reasonable price, or in some cases, any price at all. Once established, captives became a vehicle for risk managers to create new coverages on a self-insured basis or in cooperation with the traditional market.

They also became a way to create competition for the traditional market, which had the desired effect of increasing availability and, in many cases, reducing insurance cost. As knowledge of captives grew, so did the number of jurisdictions which wanted to host them.

From their initial start offshore (e.g., Bermuda and Guernsey), captives followed welcoming legislation onshore first to Vermont and now to at least another 37 states. No one knows exactly how many captives there are globally today, but 6,000 is probably a good estimate.

Similarly, no one can quantify the beneficial impact on risk management and on the economies of the many captive
domiciles, but no one can gainsay that the effect has been very substantial.

Of course, good governance has been necessary for the growth of captives. While the captive movement was young, the concept that captives were a form of self-insurance, and that the failure of a captive would only hurt its owners (and not the general public), generally pushed legislators and regulators toward having a light hand. Naturally, this did not apply to the tax collectors of the various affected countries, whose raison d’etre is the locating of profit and making sure the government gets its share.

However, at some point, the bureaucratic imperative always has to come into effect. For captives, this came (1) when the number of captives increased to the point where onshore regulators (and some traditional insurers) could no longer ignore the fact that captives (no matter how successful) were not abiding by the multitude of regulatory
requirements imposed on non-captive insurers, and more importantly, (2) when some captives had grown to such an extent or provided insurance that arguably would affect third parties (e.g., warranty coverages, excess of loss covers for health or employee benefits and covers for affiliated entities) which begged the question: who or what was the “self” that was “insured”?

The diversity of captive domicile locations and their regulatory regimes has been a great benefit because it has fostered both (1) the opportunity to experiment with insurance structures and products and (2) competition among domiciles to be the most hospitable place to do business.

This regulatory structure has fostered domiciles to copy each other by adopting laws that allow the successful experiments of one domicile to take hold in others. Consider, for example, the growth of protected cell companies into multiple domiciles or the voluntary similarity among US domiciles of premium tax rates and rate caps (so that no domicile has a competitive advantage).

However, no system can operate without failures, which, of course, increases the interest of regulators to make sure that the impact of those failures is not felt by the public. Captive regulators have always chatted among themselves informally on regulatory issues. However, about 10 years ago, the NAIC started to show an interest in captives, and, in particular, risk retention groups.

This resulted in the multiyear rulemaking for RRGs as part of the NAIC Accreditation Program. More recently, the NAIC has made several forays into captive regulation, particularly in regard to “multistate operation” (i.e., effect of captive insurance on risks in multiple states) and the impact of life insurance and annuity captives.

The NAIC has, in part, been spurred on by their regulatory competition with the International Association of Insurance Supervisors (IAIS), which has an interest in “harmonising” regulatory standards. Even more recently, the US Treasury, and more specifically the Federal Insurance Office (FIO), has taken an interest in captive reinsurance and terrorism coverage.

So, captives now have a bureaucratic edifice to deal with. The NAIC, IAIS and the FIO are not in the same league with the EU, of course. They, in fact, compete with each other for regulatory “turf”. Nonetheless, together they are interested in harmonisation, i.e., one set of rules for all captives enforced in an inflexible manner.

The vote by the UK to leave the EU provides hope, at least in this one respect, that a bureaucratically regulated populace can still muster the gumption to bail out. A bureaucracy that is inflexible and largely unaccountable can drive this reaction.

The captive industry has grown dramatically because of its opportunity for creativity, relatively benign regulation, and competition. The rising tide of harmonised regulation for captives appears to be stalled at least a little. Let’s rejoice in it while we can.