When Captive Review launched in 1999, the magazine was quarterly, Solvency II was little more than a twinkle in the EU’s eye and the protected cell company (PCC) was only two years old.

Of course, there was also considerably fewer jurisdictions chasing captive business and the practice was largely restricted to the largest companies in the world.  The idea of middle market and small businesses having heard of captives, let alone forming them, would have been fanciful (outside the use of group captives).

Now in its 150th edition, Captive Review is proud to have reported extensively on this niche, but often underrated, industry for 17 years. We are also aware that while much has changed in that time, 17 years is but a snapshot of the sector’s history.  What illustrates this better than the Salvation Army General Insurance Company (SAGIC) – one of four featured captives in this issue – which was founded in 1909? 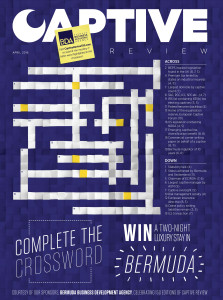 Accompanying SAGIC are two much younger captives – the University of California and Cummins’ captives, founded in 2012 and 2011 respectively – and one now in run-off having served its original purpose for USA Swimming.

The four profiles serve to demonstrate the versatility and effciency captives can deliver to their parent organisations when structured and managed appropriately.  These substantial benefits often fly under the radar as corporations and organisations rarely seek to celebrate or publicise the fact they own a captive.

There can be a host of reasons for this. One could be a hangover from a time when almost all captives were domiciled offshore and so became to be seen as misunderstood financing vehicles. Another is the secrecy which often cloaks corporations’ multiple subsidiaries as they seek to gain a competitive edge over their peers.

It is important, however, for the health and future of the industry that these stories are told and celebrated. At a time when question marks remain over how captives will be regulated by European Union domiciles guided by Solvency II and the Organisation for Economic Co-operation and Development (OECD) continues to target captive use in its Base Erosion and Profi t Shifting (BEPS) project, the industry must do a better job of fighting its corner and communicating its worth.

As such, it is also appropriate that we celebrate the winners of the 2016 UK Captive Services Awards in this edition. Around 250 people packed into the Plaisterers’ Hall in the City of London on 11 February and pictures and judges comments from the evening are spread over seven pages.