What do Dennis Harwick, David Cameron and Gordon Rowell have in common? Their resignations or retirement announcements have all impacted, or will impact, the captive insurance industry to varying degrees.

In the case of Harwick, the coming to an end of an epic 12-year reign as president of the Captive Insurance Companies Association (CICA) could potentially shake things up. By providing a year’s notice, the CICA board has plenty of time to identify the right candidate to build on Harwick’s legacy. Harwick brought professionalism to CICA when he took over in 2005, and is widely praised for ensuring the Association remains domicile neutral, while also working to foster a degree of unity among the ever-growing number of captive jurisdictions. 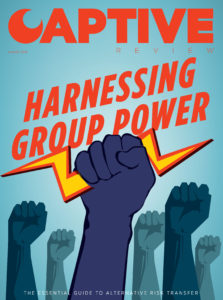 One of CICA’s most memorable interventions during Harwick’s reign was the formation of the Coalition for Fairness to Captive Insurers (CFCI), in collaboration with the Vermont Captive Insurance Association (VCIA), to help fund an ultimately successful fight against the IRS’ proposed regulation on consolidated returns in 2007 and 2008.

There has been a call (pp. 14-15) for CICA to return to this more aggressive approach to advocacy and lobbying. Such a move could be well-timed, particularly bearing in mind the growing threat of the OECD’s Base Erosion and Profit Shifting (Beps) project.

While Beps is being largely overlooked, perhaps understandably, within the American captive industry, the European risk management and captive owning community – led by the Federation of European Risk Management Associations (FERMA) and the European Captive Insurance and Reinsurance Owners Association (ECIROA) – is seriously disturbed by the project’s attention to captives.

There is no better time for CICA to enter into a more formal relationship with ECIROA and present a coordinated and united front to protect the viability and survival of the largest and most valuable captive insurance companies in the world.

Although Beps may appear to pose no immediate threat to US-owned captives today, if European governments and tax authorities enjoy ‘success’ in taking anti-captive measures inspired by Beps, what’s to say a US administration won’t follow suit further down the line? Best to stop the misinformed Beps attack on captives at source than wait until a trend has been set too late.

Onto David Cameron. His resignation as Prime Minister of the United Kingdom has only exacerbated the uncertainty surrounding Brexit (page 13), delaying the start of negotiations with the European Union until September at the earliest. Brexit ramifications for captives could be relatively nuanced, however, centering around the future of passporting rights for insurers operating from and in EU member states. Gibraltar finds itself in a much more precarious position and may have to re-align its insurance growth strategy depending upon what the UK’s future relationship with the EU looks like.

Lastly, a word on the near three-year vacancy at the top of the Cayman Island Monetary Authority’s insurance division. If CICA or the UK’s Conservative Party want some guidance on how not to go about filling a position, then look no further than CIMA, which has yet to announce a successor to Gordon Rowell, who left his post in September 2013. An Authority spokesperson first told Captive Review it was close to an appointment in January 2015 and the same line was provided again in June this year (page 14).

All signs point to an internal appointment and while it may be that the industry has not been harmed by the lack of a permanent figurehead, the continued uncertainty and lack of communication does not reflect positively on the jurisdiction.