With the holiday season approaching in Europe and now in full swing in the United States, logic might suggest business would slow down and it be a fairly dry time for news emanating from the captive insurance industry.

Not a chance. Whether it be the Internal Revenue Service ramping up its attack on the 831(b) tax electing captives, high-profile people moves or formation activity October and November have progressed at a rapid pace. 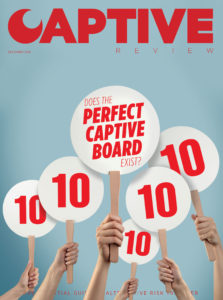 At the start of November I was honoured to host the first European Captive Services Awards, with 150 industry professionals joining me at the Sofitel Luxembourg Europe on the eve of the European Captive Forum. It was a particular pleasure to see John Morrey (pictured below, right), of Builder’s Re fame, pick up the gong for Outstanding Contribution by an Individual. To have his good friend Fred Gabriel (below, left) present the award was also special. 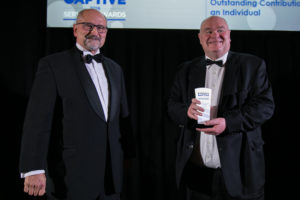 The Forum was a tremendous success with 1,000 delegates again making their way to the heart of Europe for the biennial gathering. As one might expect, Solvency II and the OECD’s Base Erosion and Profi t Shifting (Beps) project dominated discussions, although the employee benefi ts stream and a couple of highly technical insurance programme sessions were also very popular.

I never cease to be amazed at the professionalism, seriousness and high technical appetite found in Europe’s captive community – a result, I believe, of the demands of Solvency II and the fact that owning a captive remains largely the domain of the largest multinationals on the continent.

Meanwhile, the United States’ middle market has found itself under attack once more from the IRS with the Service putting some high demands on managers to report 10 years’ worth of data by 30 January 2017.

While an administration change on Capitol Hill may ultimately trickle down to an attitude change within Treasury and the IRS, it is more pressing than ever that the US Tax Court provides a clear opinion in the Avrahami case. Uncertainty is never healthy, especially when compliance and the reputation of a whole industry is on the line.