Despite having covered the captive insurance industry for little over a year, the niche and familiar nature of this universe has quickly become evident.

While captives can be viewed as a sub-category of the wider insurance world, the types and sizes of companies it serves and huge tremendous premium volume it carries ensure its role is hugely important.

These two factors – niche and invaluable – mean a number of high profile and long serving individuals can infl uence the captive and corporate sphere significantly, becoming an authoritative voice and instantly recognisable face. 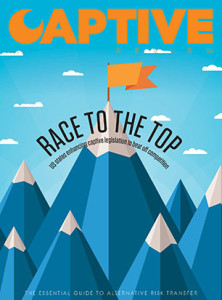 Malcolm Cutts-Watson is one such figure, so it was a pleasure to be able to conduct an in-depth interview with the former Willis captive chairman for this edition.

As is the case with the majority of insurance practitioners, corporate media policy can often consign straight talking to the straight-jacket as diplomacy, understandably, takes first priority.

Now retired, Malcolm is able to enjoy a looser brief and I hope you agree with me his comments make for an interesting and insightful read.

One of the challenges the Willis veteran throws down is for the Captive Insurance Companies Association (CICA) to “raise its game” and take a more global and proactive view.

Whether you agree with those sentiments or not, it is encouraging to learn Malcolm and CICA chairman Dennis Harwick have since struck up a dialogue on this matter.

The captive industry faces numerous and varying challenges – from burdensome compliance and international tax scrutiny to reduction in corporate risk management spend and tighter treasury control – so more joined-up thinking amongst all stakeholders should be viewed as a positive development.

This edition’s cover feature deals with the enhanced captive statutes making their way through America’s state senates at present.

Captive legislation in the United States is becoming more high profile as increasing numbers of jurisdictions compete for business and this issue is dealt with further by our regular Debate feature (p26).

It is a healthy sign for the industry that numerous states are placing captive legislation at the forefront of their minds early in the legislative sessions and is further evidence of high levels of awareness in the area of alternative risk transfer state side.

For a FREE TRIAL and to receive a complimentary copy of the May edition of Captive Review, email membership@captivereview.com

The Tennessee Department of Commerce & Insurance has promoted Michael Schulz to the position of director of business development for its insurance division.  In this role, Schulz will...
MORE
Lauren Ingram 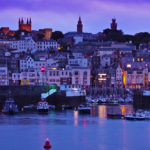 Willis Towers Watson has announced that Mike Johns is to be the new head of office for its...
MORE
Lauren Ingram

Competition over soil, sea, and space will fuel geopolitical tensions as nations seek to stake their claims on...
MORE
Lauren Ingram 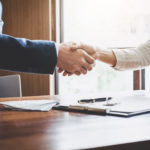