Domicile proliferation is no new phenomenon, either in North America or Europe. How new domiciles are manifesting themselves, and the motivations behind such growth, are wildly dissimilar, however. In the US, the rising number of domiciles is driven by the states themselves.

Jeff Carr, a respected economist in Vermont, was once employed by the state to produce regular economic impact reports that showed the value of the captive industry to the local economy. Such a success story was picked up, however, and in the past 10 years governors and insurance commissioners have attempted to follow Vermont’s lead and carve out their own captive niche. Such attempts have achieved varying degrees of success – for every booming North Carolina there is a stalling, shrinking Kentucky – while Dodd-Frank and increasingly aggressive self-procurement taxes have prompted captive owners to consider whether it is time to move their captives ‘home’. 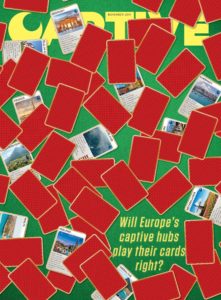 Regulators and state-supported associations are often seen exhibiting, speaking and hosting sessions at conferences across the country in a bid to drum up business. Texas, however, is a nice example of a state that does not have a strong desire to build a leading captive insurance environment, or invest the dollars to hit the road marketing itself as the latest captive domicile, but will certainly ‘welcome home’ large captives domiciled elsewhere. By the end of 2017, it had attracted 38 captives in less than four years. Not bad for the passive approach.

The European captive landscape is more nuanced. It is driven by macro-economic changes and inconsistent application of intended regulatory harmonisation. Luxembourg, Dublin and Malta have unrivalled captive pedigree in the EU, but even they show little get-up-and-go to attract new captives or push the boat out to support their existing clients. With London’s (re)insurance market facing an uncertain future in the face of Brexit, the regulators in Luxembourg and Dublin are reasonably distracted by an influx of enquiries from commercial (re)insurers looking for a new EU headquarters.

There is continued frustration with the application of Solvency II and the lack of proportionality. Unfortunately, moving your captive home to Germany or France in a bid to stave off Beps scrutiny, will not soothe your Solvency II headache. Guernsey remains understanding of, and well suited to, the captive cause, but insurance-linked securities, producer-owned reinsurance companies (PORCS) and pension longevity transfers command the attention of local industry in that jurisdiction today. For an indication of its desire to attract new captives, or provide a new home to those keen to flee Solvency II, count the number of Guernsey representatives attending the European Captive Forum in Luxembourg this month.

In short, while overzealous national tax authorities in the industrial nations, encouraged by the OECD, threaten the model of European captives, the regulators and environments that once welcomed and nurtured the concept appear indifferent. For the largest European multinationals, particularly those with operations across the pond, one solution may be to domicile their captive in the US where regulators remain keen to welcome, understand and support the concept.

Many European companies already operate a US captive to cover risk in the region, but what is stopping them from putting their European exposures in such vehicles too? They could even reinsure their fast-growing global benefits programmes there. The capital requirements would be lower, there would be no Solvency II and no o shore perception issues. If the European hubs do not step up, then the states should be ready to step in.