Without wanting to get too political, I have tried to tackle the delicate topic of transparency in this October edition of Captive Review. As outlined in my introduction to the cover feature (p17), this industry, like many others that utilise offshore jurisdictions and often serve large multinational corporations, is becoming increasingly scrutinised.

I am of the opinion that captives, the vast majority of the time, have nothing to hide and certainly nothing to be ashamed of, but that is not currently the tone coming out of the Organisation for Economic Co-operation and Development (OECD). The industry should be doing all it can to prove to the OECD and those tax authorities minded to implement its guidelines that captive insurance companies do not belong in the same league as opaque tax avoidance structures. 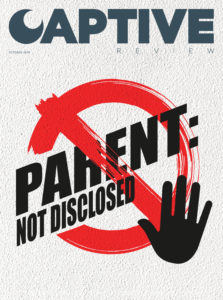 Should these efforts, however, extend to a more transparent approach to divulging captive parent information? Unless owned by a privately held company, identifying the true owner of a pure captive can usually be verified within half an hour by cross referencing agent’s addresses, scrolling through stock exchange filings and analysing annual financial reports.

National tax authorities, also, have improving relationships and co-operation with the majority of major captive domiciles so they should be able to obtain the relevant information too without much trouble. If the information is broadly available, should the domiciles and owners not present a more open front? As you will see in our cover feature, the topic divides opinion within the industry and there are good business reasons why a corporation might want to keep the existence of its captive confidential.

Presenting the industry as distinct from others that have their origin in offshore jurisdictions should be a priority, however. I often cite the two recent major leaks concerning corporate tax planning – the LuxLeaks of 2014 and the Panama Papers expose earlier this year.

Particularly in the case of the former, the substantial leaks not only concerned one of the largest domiciles in the world but also cited numerous high profile captive owners who utilised exotic subsidiary structures to shift profit. If you examine these documents carefully, however, which were made publicly available by the International Consortium of Investigative Journalists at the time, you can clearly see the same corporation’s captives were outside of these structures. While many captive owners were implicated in questionable tax practices, the captives
themselves were not. This should be the central tenant of any argument in the defence of captives.

Would the industry be better served by being more transparent? I would welcome a continued debate on this issue.

New Cayman captive approvals at 28 for 2022 so far 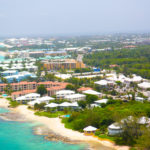 This number could rise, with 10 more applications currently under review.   The number of Class B, C,...
MORE
Mark Richardson