Captives: For all companies, large and small?

Captives for the biggest companies in the world has largely been saturated, and the industry is increasingly targeting the middle market. Ashley Fife, a senior associate with Appleby’s private client and trusts practice group in Bermuda, discusses the growing segment.

A perpetual challenge for businesses is to obtain affordable adequate insurance coverage. Approximately 90% of Fortune 500 companies have established captives, many in the most experienced captive jurisdictions. Bermuda, Cayman Islands and Vermont together are domicile to approximately one third of licensed captives globally. 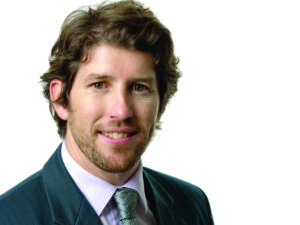 Some further reasons why captives are appealing include the ability to:
• insure risks that are excluded under commercial policies;
• insure the deductible portion of commercial policies
• avoid swings in premiums, uplifts, overheads, brokerage fees and other commercial insurers’ costs;
• control the claims process;
• pool and invest premiums for future distribution to captive owners if not required for claims;
• obtain access to the lower cost reinsurance market;
• insulate the captive’s capital and gains from the captive owner’s creditors;
•create customised insurance programmes;
• create a profi t centre, by retaining the underwriting profit from good risks within the group;
• expand knowledge of business risks and being better placed to mitigate them; and
• access favourable tax treatment including tax deductions for premiums and tax deferral on the captive’s undistributed gains.

The captive market is dynamic and competitive. There are now approximately 6,800 licensed captives spread across more than 80 jurisdictions. The US has 38 captive jurisdictions which together are domicile to approximately 2,000 captives. The rapid growth of jurisdictions such as Delaware, Utah, Montana and Nevada is largely attributable to the increase in small captives.

The choice of captive domicile has recently been influenced by:
• emerging economies and captive markets;
• emergence of new risks and uncertainty regarding how to determine the frequency and extent of those risks;
• increasing use of captives, including group captives, by smaller companies;
• changing tax, healthcare and other laws;
• an increase in international tax information exchange agreements; and
• an increase in jurisdictions introducing legislation to facilitate formation of captives and cell companies.

The rate of captive formations in offshore jurisdictions has remained steady. By comparison, higher formation rates
are prevalent in newer US captive domiciles.

The number of captives offshore, most notably Cayman Islands, may have reduced slightly recently due to consolidation of healthcare companies and captives following the introduction of Obamacare. However, rates of captive formations are not the only indicator of growth.

Awareness of cyber-security risk has increased due to high profile cases such as Target reporting $252m in expenses related to data breaches during 2013, offset by only $90m in insurance. Soft commercial insurance markets do not impact on companies’ reasons to utilise captives to insure risks not covered by commercial insurers.

Obamacare precludes US employer self-funded health plans from imposing annual and lifetime maximum coverage limits on essential health benefi ts. This has prompted many US employers to form, or utilise existing, captives in US and offshore to provide the additional coverage.

The experience of service providers and regulators in long established captive jurisdictions and their willingness to facilitate captives insuring non-traditional risks may have contributed to increased premium revenue and assets under management for existing captives.

Vermont captives have $197bn of total assets under management, Bermuda captives $161 bn and Cayman captives $58bn, together representing a large proportion of captive assets under management. It used to be the case that the “rule of thumb” for whether a captive programme made sense was that businesses needed to have at least $1m in annual insurance premium in order to have the necessary scale to justify owning their own captive.

However, profitable private businesses have increasingly been forming captives with much less than $1m in premium volume, and still reaping benefits from the structure. Family owned businesses utilising small captives reportedly include retailers, health care providers, hotels, restaurants, transportation and car dealers to cover risks including business interruption, reputational, regulatory risks and the risk of loss of key suppliers, customers or employees.

A family business may arrange for the trustee of a family trust to own the captive. If structured effectively, this may:
• insulate the captive’s assets from creditors of the insured parent company or family members;
• facilitate estate planning and minimisation of estate and other taxes;
• mitigate the impact of civil law forced heirship and community property regimes; and
• facilitate families’ philanthropic objectives.

In the last two to three years the number of small US companies forming captives has reportedly increased by 25%.

The availability of US captive domiciles and rhetoric regarding offshore jurisdictions may reduce the likelihood that smaller US businesses consider offshore captives. This may particularly be the case where such companies intend to recover modest premium revenue and insure traditional risks.

This trend may continue for small US companies. Amendments to the Internal Revenue Code (IRC) have progressively restricted tax concessions to US companies insuring with offshore captives.

Many larger US companies elect for their offshore captives to be taxed as US companies, suggesting that taxation may not be determining their domicile choice. IRC section 831(b) permits certain captives to elect to be taxed on investment income and not on premiums.

The Protect Americans from Tax Hikes Act 2015 (PATH) will raise the amount of exempt premium income for such micro-captives from $1.2m to $2.2m for tax years beginning 1 January 2017. PATH precludes use of the 831(b) election, if a spouse or lineal descendent owns a disproportionately larger interest in the captive than they do in the insured business, thereby limiting tax breaks of families’ using captives to shift wealth between generations.

During 2015 the Internal Revenue Service (IRS) placed captives on its list of “dirty dozen tax shelters”. The IRS has recently brought several cases challenging tax benefits claimed in relation to captives where the IRS considered that the risks insured were speculative and did not constitute insurable risks or that premiums were excessive.

However, the IRS was unsuccessful in notable recent cases against Rent-ACenter and Securitas Holdings. There may be few reasons why non-US companies would establish US domiciled captives. There does not appear to be a notable volume of companies re-domiciling offshore captives to the US However, there may be a trend of US captives re-domiciling to the US jurisdiction where the parent company is based as laws facilitating captives are introduced there.

Potential entrants to the offshore captive market may have deferred proceeding until the impact of Solvency II and the Organisation for Economic Development’s Base Erosion and Profit Shifting project (BEPS) becomes clearer.

The use of captives to minimise tax has been a focus of BEPS and the United Kingdom’s (UK) controlled foreign company regime.  The UK introduced the Diverted Profits Tax on 1 April 2015 which potentially affects captives globally.

Latin American companies, particularly from Mexico, Columbia, Peru and Chile, have utilised captives to insure against property and political risk. This has been facilitated by offshore jurisdictions’ entering into tax information exchange agreements with those countries. Approximately two-thirds of captives formed by Latin American businesses are domiciled in Bermuda.

There appears to be little evidence of large Latin American or other non-US companies forming captives in the US.

Companies may note that, if a decision to form a captive proves ill conceived, they may need to return to the commercial insurance market. Commercial insurers may factor in concerns over the reasons for the captive’s failure into premiums and coverage offered.

The captive may be in run-off for many years. Soft conditions in commercial insurance markets may also lead to deferral of decisions regarding captive formations. Companies should not form captives on a whim. However, experienced offshore captive domiciles are well placed to capture business from emerging markets as opportunities arise.

Formation, administration, and opportunity costs, as well as capitalisation requirements are among factors considered in feasibility studies to determine whether to form captives. With rent-a-captives, a sponsor contributes the captives’ statutory capital and charges the insured for use of the sponsor’s capital and for licensing and operating the captive.

As an alternative to pooling insureds’ risk, capital and surplus, approximately 41 jurisdictions now permit rent-a captives to keep segregated accounts. The assets and liabilities in each insured’s account are legally separated from accounts of other insureds and are protected against claims from other insureds’ creditors.

Small US companies may have fewer reasons to establish captives offshore. However, many offshore jurisdictions are able to offer cost effective captive solutions, which companies of all sizes may find appealing. Established offshore jurisdictions with experienced service providers, regulators and effective infrastructure will continue to facilitate captives to insure diverse risks.

The appeal of these jurisdictions will remain to companies, large or small, particularly where tax is not the sole driver.