Cell company news has been at the forefront of the captive agenda in 2015.

Undoubtedly the first substantive court judgement concerning protected cell companies (PCCs) – handed down by a Montana district court in May – raised the most eyebrows, but regulatory developments across multiple jurisdictions have been taking place. 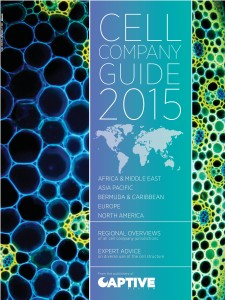 The year began with legislators in the Cayman Islands giving a long-awaited green light to changes to segregated portfolio companies (SPCs), allowing them to establish portfolio insurance companies (PICs).

The incorporated cell company (ICC) began its renaissance at the back end of 2014 as UK corporations began exploring cell utilisation for pension longevity swaps in Guernsey.  The BT Pension Scheme sparked such activity by establishing its own ICC to transfer £16bn to the insurance market in June 2014 and subsequent deals have followed with PwC and Towers Watson both establishing their own ICCs to facilitate smaller transactions.

Industry stakeholders in Guernsey remain confident there is a healthy pipeline of business to continue the trend, while it remains to be seen whether American firms follow this path.

There is no shortage of cell company solutions both onshore in the US and in the traditional offshore jurisdictions of choice for American corporations. Added to Cayman’s changes, Barbados has drafted legislation to add ICCs to its armoury. Similar to other offshore jurisdictions in the region, Barbados has an eye on the growing number of captive prospects coming out of Latin America and there is confidence a new cell offering will make a difference.

Aon’s well-known White Rock series of cell companies took a significant step forward in December when its first US PCC was established in Vermont.  I understand Aon was prompted into this move by one particularly large client requesting an onshore cell solution, but numerous opportunities have followed since and the captive manager is seemingly reaping the benefits.  Perhaps the most telling development of 2015 is the revelation that Luxembourg – for so long the proud home of Europe’s reinsurance captives – is in the process of introducing PCC capabilities.

The phrase “game changer” can be over-used, but I am not the only industry observer to believe this will be the case if the continent’s largest captive domicile follows through on its promise.  Europe’s middle market is crying out for more appropriate and amenable captive solutions and perhaps by the time Captive Review publishes the 2016 Cell Guide, Luxembourg’s true potential will be apparent..