Challenging the status quo: A conversation with Artex’s new leaders

“When you go and hire the CEO of one of the biggest captive insurance managers in the world, you’re not thinking of the status quo,” says David McManus, the recently departed CEO of Artex Risk Solutions, and current chairman.

Back in 2018, Captive Review exclusively revealed that Peter Mullen had left Aon Captive & Insurance Management, and was to rejoin Artex as CEO, the company he helped to found and subsequently spent 11 years at. 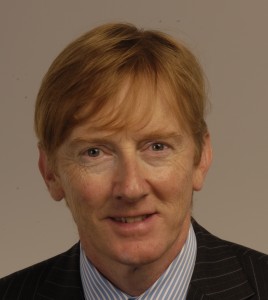 With succession plans growing in importance for captive managers and owners alike, Artex’s is well underway.

“I was at the stage where I was thinking about a new challenge. At the same time that was happening, I had lunch with David. That’s how I ended up at Artex originally, so it’s a really dangerous thing to do,” Mullen jokes in a conversation with Captive Review.

“David was looking for a successor, and Artex has a strong succession planning process. It lined up well in terms of a new challenge, so the opportunity to come back and work with David and Jennifer [Gallagher] was great. We’d previously worked together for 20 years, so it was like coming back to work with the family,” he adds.

As the captive insurance world continues to become more competitive, managers have to differentiate themselves and tweak their strategies in a bid to stay ahead of the curve. Investing in new systems and people is at the forefront of Artex’s strategy, which is evident through Mullen’s appointment.

“Our partner markets, networks, staff and peers, they will read different things into it [Mullen’s appointment], but it is about continuing the growth story that we feel defines Artex,” says McManus. “We had a fantastic opportunity to get what would undoubtedly be the best successor an organisation can have. We have the history, our personal relationship and all the expertise and knowledge breadth Peter has from leading a global insurance manager like Aon. All of which equips him superbly to come back to lead Artex into the next phase; it clearly signals we want to continue driving our current growth pattern.”

Readapting
Taking the reins of a captive manager intent on rapid growth could prove challenging. However, Mullen says that it will be “easy” to adapt because he is familiar with the business. Alongside this, Artex and Aon’s books are similar in their profile, he claims.

“I don’t yet know the Artex book internationally, but I do know the Aon one, and they’re obviously quite similar in that captive management, insurance management and insurance-linked securities (ILS) space.”

In his new role, Mullen will start off by listening and understanding the different parts of the business so that growth plans can continue to flourish.

Mullen says he will “not put sand in the works”, instead deciding to maintain the momentum already underway. He will also assess a number of acquisition opportunities which are already in the pipeline.

“Acquisitions are on the cards,” he reveals. “I’d love to see us complete one this year. We have a number on the go, but whether they land or not, we’ll have to wait and see.”

Opportunities could also be posed by the “squeezing” of smaller captive managers through increased regulation, such as Solvency II, and the OECD’s Beps project.

“It is a challenge for captive owners and managers to have the compliance in place. As a result, I think the smaller managers will struggle to build appropriate levels of systems and operations to comply with the new rules and this may feed into the M&A cycle as we move forward.” 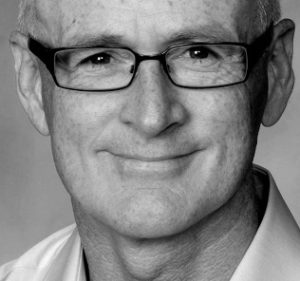 ‘War on talent’
While growth is at the forefront of both Mullen and McManus’ minds, adding value to the business through investment in new systems and talent will keep it evolving.

“We have an initiative called Future Fit, which is looking closely at the systems, processes and services we’re currently deploying. We’re putting a lot of energy into automation and technologies that can better serve the insurance industry of the future. We have to raise the bar in terms of product delivery,” says McManus. “The product is centred on data, and if it’s timely, accurate and integrates easily into our clients, it makes us an attractive partner.”

A “war” has also been waged on talent, and the recruitment of young professionals is high up Artex’s priority list.

“As an industry, we need to make ourselves more attractive in order to win the war on talent. We also need to see a dramatic improvement in technology across the industry. If we don’t we will be replaced by someone else that spots how inefficient we are from a technological perspective and eats our lunch,” he explains.

McManus echoes this, claiming that if repetitive, low value functions are automated, quality increases and young talent can be deployed into higher value work. “If we can put that new brain power to work, I have no doubt that they will come up with the sort of innovative solutions that the industry needs in order to stay relevant and ultimately thrive,” he concludes.