Getting The Most Out of Your Captive

Robert Gagliardi, head of AIG’s captive management and US Fronting operations, speaks to Captive Review about how to harness the power of your captive.

Captive Review (CR): In an ever-changing insurance environment, how is it possible to keep a captive relevant and have it remain true to its purpose?

The initial formation of a captive can often be attributed to a single purpose, and that purpose is to find a solution to a specific risk management concern. However, due to many captives being formed during a hard insurance market when premium rates are rising, or when a company is unable to find the type of coverage it wants in the traditional insurance or financial marketplace, it is easy to see why some lose their way. 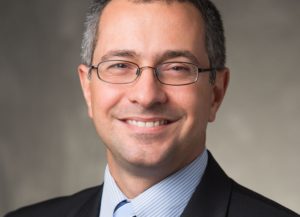 Therefore, the importance of examining the value and effectiveness of a captive cannot be understated. We believe that conducting regular assessments of the threats, opportunities, weaknesses and strengths of your captive is the best way to harness its power.

CR: What markets are experiencing the most interest from captives? How important are these markets to getting the most out of your captive?

RG: Non-traditional coverages are certainly seeing greater interest as the risks clients are exposed to continue to expand and evolve. We have seen a significant increase in interest in cyber risk coverage as information security exposures have ramped up in recent years.

Regardless of their size, most companies today rely on technologies of all types to conduct business—but not all might be aware of new and changing landscape of cyber-related threats. Cyber coverage represents a great opportunity for a captive to diversify its risk portfolio, or for a client to transfer to a captive an exposure that is either currently uninsured or not covered by a traditional insurer.

There has also been a heightened interest in the use of captives among the small to mid-size market for employee health benefits and medical stop loss coverage. As the cost of healthcare in the US continues to rise, companies have been motivated to look for alternative ways to contain their costs. As such, more employers are considering self-funding their medical benefi t plans and implementing captive stop loss programmes to limit their exposure.

Companies value the increased control over their healthcare expenditures and the opportunity to generate the underwriting profits that captives can provide.

M&A is another area which can affect captives and lead to new exposures. Acquisitions often lead to new locations for captives to capitalise on as they extend existing coverage to incorporate these territories.

The captive may also be utilised to assume the risk of any coverage gaps in the target company’s existing insurance programme in M&As.

CR: How should captives go about conducting a self-assessment?

RG: A captive should ask itself the following questions:

• Are there regulatory changes that present a threat to the captive’s business?
• Does the parent have problems that the captive may be able to address?
• Are there changes in the traditional insurance market that make coverage through the captive more attractive?
• What has not been going well? Do we have any operational issues that are hindering the captive’s growth and development?
• What is our captive doing well? How do we expand on these areas?

Some more detailed questions to follow up the initial examination are:

• Does the current domicile remain the best fit for the captive? This analysis should include a review of the allowable business in the domicile, the costs relative to other domiciles, and political support for the captive industry.
• Does the current captive structure optimise the tax position of the parent company for state, local, and federal purposes?
• Have there been any service issues with the captive manager, fronting company, auditor, tax specialist, legal counsel, actuary, or third party claims administrator?
• Are the service fees competitive in the marketplace?
• Does the current programme reflect the optimal retention for the parent company? Would there be additional savings by retaining a lesser or greater amount in the captive based on current market pricing? Ideally this is evaluated during each renewal of the programme.
• What other programmes should be considered for the captive? This should include an evaluation of current corporate insurance programmes not included in the captive, any existing uninsured exposures and the potential to assume business from affiliates, business partners and employee affinity programmes.

CR: How has the current market uncertainty impacted captives?

RG: The current environment has been subject to a host of changes, some of those expected, and others not so much. However, it is important to note that no matter what the situation, captives must consistently assess their functionality as well as their effectiveness in the market.

And, what has always been at the centre of this examination is the task of retaining optimal relevancy throughout turbulent periods. The ability to be able to pause and take stock cannot be understated. For instance, a captive may have been providing its owner with years of good performance; however, things can quickly change and the owner can find that the market has been flipped on its head in a relatively short time.

Thus, periodically assessing the capabilities of the captive and reviewing the potential – and more significantly how to unlock it – must be a regular process for all within the industry in order to maintain long-term success.

CR: When evaluating new coverages or captive programmes, what are some of the considerations that must be taken into account?

RG: The risk appetite of the parent is always a major concern. Regardless of the potential benefits, if the parent company is uncomfortable with the risk due to its possible volatility or uncertainty, then self-insuring through the captive will likely not occur.

Additionally, whether it is a new programme or an amendment to the captive structure itself, it is necessary to understand the effect these changes could have on the capitalisation requirements of the captive as well as the overall costs of operating the captive.

It has long been acknowledged that the benefits of owning a captive insurance company are numerous. However, the key to fully reaping those rewards is carrying out regular evaluations, examinations and assessments of a captive’s
operations.

In order to keep a captive performing at the highest level on a long-term basis, as well as consistently staying relevant in an ever-evolving global insurance climate, the owner must understand the essentials of what it takes stay ahead of the competition.