Investing your captive: the industry’s hunt for yield

The need to put the capital in your captive to work is not a new phenomenon. Throughout the years, both large and small captives have been allocating to a whole host of asset classes and investment products, whether it’s cash, fixed income strategies or hedge funds.

However, in the years since the financial crash, where returns have been under pressure, captives are looking further afield in the never-ending hunt for yield.

“In 2008, during the global financial crisis, that changed things completely. Returns were almost zero. I have to say, at that time, cash was king because it reduces the volatility of the portfolio and, optionally, because it gives room for manoeuvre to invest in some alternatives”, Bertrand Gilson, chief investment officer at BuildersRe, tells Captive Review. “After that, we had the question of, well, returns are almost zero, what asset classes can bring yield?”

In the age of Solvency II, when captives are legally required to show independent analysis over their investment decisions, the world is getting “more and more competitive,” according to Chris Price, head of insurance solutions at AXA Investment Managers, and there is now more upside for corporations in managing their assets efficiently.

“Captives weren’t primarily set up with the idea of making large profits,” Price says, “in recent times, they have paid limited attention to the investment aspect of the captive, focusing more on the underwriting benefits.

“There is now more focus on managing the asset side of the balance sheet than there has been in the past.”

Gilson echoes this sentiment and claims that the pace of that side of the business has “increased drastically”.

As a result of this, captives are trying their hand at new strategies in a bid to diversify and spread risk. “By bringing a little bit of convexity to the investment strategy, you can basically get a higher ratio expected return for a lower charge of capital,” says Laurent Dignat, CEO of investment advisor InnovaRe Investment Solutions.

A trend currently seen among captives is to look at potential losses from market volatility and to look to hedge downside risks. This triggers them to consider investing in assets where there is a certain amount of downside protection. The challenge posed by this, however, is that the more volatile the asset class, the costlier it becomes for captives to invest there, explains Price.

“You are then giving up the performance to provide that downside protection, and it’s a question of getting that balance,” he says.

Dignat suggests that the perfect formula for investing your captives lies somewhere in between “highest possible liquidity, low volatility, and insurance protection,” but finding that balance is the challenge.

“InnovaRe’s investment can be wrapped as a note offering exposure to the performance of a basket of absolute return strategies, but with downside protection. The note offers capital protection at maturity together with a minimum value guaranteed at any point of time between inception and maturity. It can be liquidated at any point of time, therefore limiting the downside risk attached to the investment risk.”

This way, a captive can “do better in the process of finding yield”, while also enduring considerably less risk, he explains.

Another strategy picking up traction is a multi-asset approach, notes Price. When seeking yield, captives have been slowly moving into risk assets, including equities, property and various forms of alternative credit. “If you wound the clock back five years, most captive balance sheets were fixed income investments and cash,” he says.

“Risk assets have been performing much better, so what they [captives] are doing is trying to open up to a range of assets, reducing risk through diversification and using a tactical asset allocation overlay.” Price adds. “So you can switch investments from allocation to allocations to take advantage of short-term market fluctuations or take risk off the table.”

Investing is not the core business of a captive either, and governance considerations are now at the forefront of a risk manager’s mind, and it comes with a cost.

“Solvency II requires the board of the captive rather than the parent to take responsibility for the decisions made on insurance risks as well as the investment risks it’s involved in. It means they’re strengthening their boards to provide improved levels of governance,” Price says.

Gilson says that during a recent hiring spree, one-fourth of 35 new staff had to be brought in to “bring hands on the wheel” in complying with the directive. “We’ve been really impacted by it. It’s an interesting change, but a difficult one to manage.” 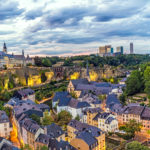 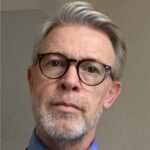