Last month, the Internal Revenue Service (IRS) announced that it has established 12 new teams to audit what it has deemed to be “abusive” micro captives.

This is the latest in a series of investigations into micro captives that the IRS has been conducting since 2016, when they compelled captives involved in certain 831(b) arrangements to report on their tax structure to the IRS.

This instruction, Notice 2016-66, gave captives owners, managers and material advisors until 1 May 2017 to report.

It also sent shock waves throughout the captive industry. Many have been talking about it, and some fighting against it.

Since the implementation of Notice 2016-66, CIC Services has been loudly speaking against it, as the organisation deems the notice to be illegal.

Soon after the notice was first put into place, the organisation sought an injunction against the reporting requirements, which it lost. As of January 2020, CIC Services is petitioning the US Supreme Court to hear its case regarding micro captives and Notice 2016-66.

Nate Reznicek, director of operations at CIC Services, said that what they are hoping to achieve is for 2016-66 to be rescinded.

“At a bare minimum, we are aiming for the recension of the 2016-66 Notice,” he explained. “Which we would fully expect that [the IRS] would turn around and put into play again. But hopefully through the appropriate channels the second time around, and with enforcement action that is also appropriate and we what we would consider to be legal.

“There’s nothing necessarily wrong with the request of the information or the disclosure itself, but the methodology in which it was implemented and the inability to appeal any type of fine or citation is inequitable.”

However, before that decision can be made, the court has to decide if it will hear the case.

“[The Supreme Court] are going to take some time to decide whether or not they will hear the case,” Reznicek explained. “If they do agree to hear it, we are confident that we will come out on the winning end of that because of prior court precedent.

“But that decision, if they hear it, would likely not come until late fall this year. There is some timing that goes along with these things as you can imagine.

“I’m probably more confident that if it gets heard we will win, then if it gets heard at all. Simply because, as you can imagine, the Supreme Court hears quite a number of cases and has a lot of petitions in front of them.”

CIC Services has had support for their case from a large part of the captive community, showing how interested the industry is in Notice 2016-66.

“We do believe this is quite important, and I think so does the captive and non-captive community itself,” Reznicek said.

Reznicek admits that there are a small number of players that do use micro captives in the wrong way, and they are the ones that the IRS is after, because of some of the benefits that can come along with forming a micro captive.

“Because of micro captives’ ability to have a pretty big impact on the tax bill for small US taxpayers, there is a risk there,” he says. “And we have seen a number of promoters in the past that form insurance companies for the wrong reasons.

“They will do it for estate planning or wealth accumulation perspectives as opposed to being a risk transfer vehicle first, and all of the other kind of benefits come along for the ride if you do it correctly.

“If you get it in the wrong order it’s inappropriate, and the service rightfully has an issue with it.”

CIC Services, however, is very firmly and vocally against captives being used for anything other than genuine risk transfer and has recently sued a company called SRM Group for fraud, as they misrepresented their intentions of forming a captive.

“It’s unfortunate, we have a small number of bad actors that are tainting the captive pool in general,” he says. “And we would like those folks to be gone immediately. But you can’t throw the baby out with the bathwater.”

But when you step back, this case seems a lot bigger than a couple of bad apples in the captive industry and the IRS trying to catch them. What CIC Services and Reznicek believe is that with Notice 2016-66, the IRS is trying to regulate insurance, something they are not legally allowed to do.

“There is a potential for abuse from a tax structure perspective, because the US Federal company does not regulate insurance,” Reznicek explained.

“So if they can say something is insurance for tax purposes or not, that’s how they’re trying to quais-regulate insurance.”

This is why he believes that this case is about more than just the captive industry and is about the very nature of government and law.

“This challenge, this case, goes far beyond captives,” Reznicek says. “It goes back to the concept that we have laws here that get enacted through Congress, and the IRS or any other government agency does not get to change the laws.”

Parametric Risk Trading – the answer on systemic risks like pandemics

By Dr Marcus Schmalbach “We could carry a local epidemic. A global event like a pandemic...Read more

By Charlie Ruchelman and Ben Eisenstat The IRS does not like Section 831(b) micro-captive transactions....Read more

In May 2020 a case was filed in a Kentucky court that was unusual, at...Read more

The rise of SRS: the European captive market is changing

Even prior to the havoc caused by the Covid-19 pandemic, the market was hardening and...Read more

Data is key for captives 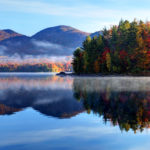 Vermont has had another big year, licencing 38 new captives in 2020. The domicile, which is the biggest...
MORE
Lauren Ingram

Both the Cayman Island's Monetary Authority (CIMA) and the Florida Office of Insurance Regulation have cancelled the insurance...
MORE
Lauren Ingram

Texas licenced 13 new captives in 2020, an increase of 28% on their previous captive number total of...
MORE
Lauren Ingram

“Not looking like that will come to fruition”: CICA conference may not go ahead 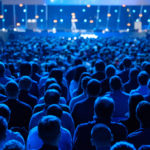 The Captive Insurance Companies Association (CICA) looks like it may cancel its annual conference. CICA holds one of...
MORE