Robert Walling, principal and consulting actuary at Pinnacle Actuarial Resources, discusses the potential success of Puerto Rico and why it is receiving so much attention from the captive industry. 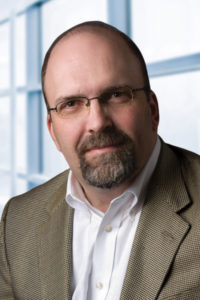 Some domiciles have made dramatic entrances into this dynamic market.  Other new domiciles have either proven to be flashes in the pan or complete non-starters.  What goes into a domicile being in the right place at the right time?  Is Puerto Rico on the verge of being the next big thing?

As a captive domicile, Puerto Rico offers several advantages, some of them quite unique.  The bilingual culture makes it an attractive domicile to many parts of Latin America, particularly businesses which also have U.S. operations.  This makes Puerto Rico an ideal bridge between Latin America and the U.S.  The domicile is also a regulated and accredited member of the National Association of Insurance Commissioners (NAIC), and the U.S. Federal Reserve, and in some cases the Federal Deposit Insurance Corporation (FDIC), protect Puerto Rican banks.

Puerto Rico’s territorial self-governance with the U.S. creates a “dual sovereignty” where some matters are governed by U.S. law while Puerto Rico law takes precedence in others, such as corporate and insurance laws.  For example, there is a separate and distinct Puerto Rico Internal Revenue Service.

There is also a section of the tax code similar to 831(b) which exempts the first $1.25m of net income from taxation and income above that amount is taxed at 4%.  Alternately, a small protected captive can make U.S. tax elections such as 953(d) (controlled foreign corporation) and 831(b) (small insurance company meeting specific criteria).  This flexibility is quite attractive to many PC captive owners.

Puerto Rico law allows the formation of “segregated asset plans” which behave as “protected cells, or PCs”. PCs are quite comparable to small captive solutions in the Cayman Islands and many U.S. captive domiciles.

A captive domicile seeking to not only grow, but thrive over the long run, must also offer the right balance of regulatory rigor and incentives to encourage growth.  For captive domiciles, these incentives take many forms, including reduced taxes and fees, responsive application review processes, and regulatory oversight of capitalization and loss and loss adjustment expense reserves that are appropriate for the nature of the coverages in the captive insurance company.

Puerto Rico appears to have struck a nice regulatory balance. Application fees are quite reasonable. Capitalization for Class 3 (Protected Cell) captives also appears to be attractive, particularly for programs with a number of cells. There is an expedited application process for additional new PCs within existing Class 3 captives that provide similar coverages and use similar pricing methodologies to existing cells.

It should be noted that Puerto Rico is already a well-established domicile with over 150 captive insurance companies. It is also already the third largest insurance domicile in all of Latin America. Its annual premiums in excess of $11bn annually trail only Mexico and Brazil. This existing regulatory infrastructure suggests Puerto Rico has the capacity and experience to manage a growing captive insurance sector.

Perhaps the most encouraging sign for the domicile is the number of captive managers making significant investments of time and personnel in Puerto Rico. USA Risk Group has made its presence felt with Spencer Re, the first international reinsurance company formed in Puerto Rico. Similarly, Captive Alternatives has formed both Madison National Insurance Company and Madison RE, I.I. to spearhead its operations in Puerto Rico.

All of this suggests that Puerto Rico may be in the right place as a domicile, but is it the right time?  U.S. domiciled captives face uncertainty from a number of sources. These include unresolved issues related to the PATH Act and it’s changes to 831(b), ongoing activity in the U.S. Tax Court, evolving definitions of risk distribution, and self-procurement and retaliatory premium taxes between states, to name a few.  With the level of legislative, judicial and regulatory uncertainty captives are currently facing in the U.S., some are bound to find Puerto Rico an attractive option.

Legendary late-night entertainer Johnny Carson once said:  “Talent alone won’t make you a success.  Neither will being in the right place at the right time, unless you are ready.  The most important question is: ‘Are you ready?’” So, is Puerto Rico ready to be a captive domicile of the same caliber as the larger ones?  The uncertainty surrounding captives in the U.S., growing opportunities in Latin America, and well thought-out captive legislation and regulation all suggest Puerto Rico is truly in the right place at the right time.  Is it ready?  We shall see, but things look very promising.

ICS: A bold and better spin on group captives

Monique MacDonald and Harry Thompson of Captiva look at the strategic approaches to asset safeguarding...Read more

Matthew Haymes and George Pavlis on the benefits of regular reviews of captive structures to...Read more

Honigman: Are you clear on corporate transparency?

Angela Gamalski and Michael Domanski on the rising trend of corporate transparency and why there...Read more

William Peake takes on role at offshore law firm which handles captive licencing among other services.   The...
MORE
Mark Richardson

After the revival of pro-captive French legislation, the amendment still has a journey to make through the legislative...
MORE
Mark Richardson