Rich Smith has been president of the VCIA since 2009. Vermont is the largest domicile in the United States with 584 active captives at the end of 2016. 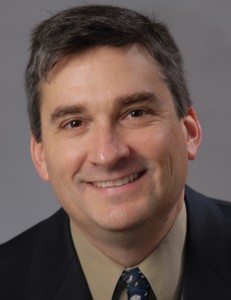 For over 30 years, VCIA has advanced side-by-side with the State of Vermont in its incredible growth of the captive insurance industry. Since 1985, VCIA has served an important role in establishing Vermont not only as the premier US captive domicile, but as one of the world’s largest and most desirable.

Through successful efforts to promote the welfare of the captive insurance industry in general, VCIA has earned an international reputation of being a well-respected and highly effective trade association.

More than 400 member organisations and 30 years in business gives VCIA a distinct position in the industry. Our professional staff are engaged with and aware of our members’ needs. And our resources and clout allow us to play a leadership role representing the captive insurance community in Washington DC, where many issues impacting captives originate.

However, with most states and numerous countries adopting captive insurance regulations, there is increased competition in the captive world for any association. For VCIA there are a number of ways we work to stay ahead of the pack in the industry.

First and foremost, VCIA’s strength comes in large part from the many members who volunteer their time and talents to promote the success of the organisation and the industry. Last year, 115 volunteers from 71 companies served on important VCIA committees.

The VCIA community – and it truly is a community – works cooperatively on issues that affect the captive industry as a whole. Because there is a sense of ownership within the association, we are able to tap this talent and expertise on legislative issues, for educational webinars, and especially in supporting the VCIA Conference each year.

As the industry grows and changes, we adapt and adjust our focus accordingly always working for the captive communities’ best interests.

More than 1,100 captive industry representatives now attend the VCIA conference every summer. First held in 1985, the conference has grown steadily and flourished into a vibrant, energetic event attracting the industry’s very best and brightest year after year.

Many of our panellists are captive owners representing some of the top organisations in the world, allowing attendees the opportunity to learn from their first-hand expertise.

And each year we strive to keep the content fresh with new formats, technology and ideas. We also work closely with the State of Vermont’s Captive Division and their expert staff to keep the industry growing, adapting and strong.

Since the beginning, VCIA has partnered with the State to not only promote Vermont as a captive domicile, but to work together on needed changes to captive policy at both the state and federal levels.

VCIA promotes an ongoing sense of “ownership” of the industry’s success among state leaders and legislators. Each year in January, VCIA hosts Legislative Day at the Vermont State House to strengthen these connections, bringing our members together in Montpelier to meet with the governor, speaker of the house, legislators and other state officials.

It’s not every day a legislator gets to hear how the work they are doing has a tremendous positive impact on an entire industry!

In partnership with Vermont’s Captive Division and drawing on suggestions from captive service providers and captive owners, VCIA brings a bill to the legislature every year to make changes to our captive laws to adapt as the captive industry evolves.

Either way, bringing a bill to the legislature allows legislators to annually “touch” the industry and cements their connection to captives. This fact ensures that as captive industry needs change, captive legislation in this state evolves and is further enhanced with timely and meaningful changes made to Vermont captive law.

Finally, VCIA has provided three decades of effective legislative representation not just in Vermont, but to the overall captive industry in the United States. Using information gathered from our membership, legislative committee and board of directors, we are able to stay aware of what key issues captives face on a continuous basis and communicate that information to our membership as a whole.

Legislative clout, an unwavering commitment to captive education and connections, listening carefully to our members, a recognition of the industry’s need to adapt to changing insurance and market conditions and the expertise to continue offering the highest level of service and attention to the industry… these are the qualities that make VCIA the leader it is among captive associations throughout the world.

Josh Magden has been president of the TxCIA since September 2014. The State’s captive journey began in 2013 and had 32 active captives at 31 December 2016. 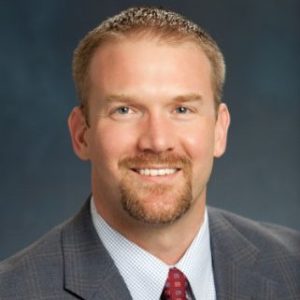 Starting life as a nascent association in a maturing segment of the insurance industry is no small task. The first captive statute was passed in Colorado in 1977; there have been 40 years for businesses, legislators and states to absorb best practices and cautionary tales.

Business owners don’t like regulatory risk, as the Japanese proverb goes – the standing nail gets pounded down. Legislators create a statute that stripes the appropriate field of play, and usually need the subject matter expertise of industry and regulators to determine what ‘appropriate’ means.

Texas has taken a measured approach starting in 2013 with a pure captive statute that, admittedly, did not initially open the doors quite wide enough to allow all single parent captives to return who wanted to do so.

Texas as an economy ranks the 10th or 11th largest in the world, depending on whose data you use. The state is home to 100 of the Fortune 1000. The diversity of enterprise, language and geography, paired with a population of 27 million residents provides a unique mix of factors.

There’s a vastness to ideas and industry here that permeates the environment, and scores of Texas businesses and non-profits formed captives long before the 2013 statute was enacted.

As domiciles proliferate, TxCIA has observed that a narrower statute inherently limits the subset of captive industry participants with time and resources to support initiatives.

Larger Texas single-parent captives are already astute consumers of risk management services and regulatory frameworks, and will invest time and resources where the best return is achieved. Some of the TxCIA board members have been helping to guide their company’s captives for the last 15 to 20 years.

Hewing to the Jeffersonian ideal of part-time legislators, most Texas lawmakers are small business owners, entrepreneurs and practitioners of their trade. They understand the enterprise risk management and capital allocation efficiency of a captive insurer almost intrinsically.

I think this is a big reason our bills do not face objections when introduced to committee. I’ve referred to captives before as epitomising the wildcatter ethos for which Texas is famous; our legislators know that business sometimes faces seemingly outsized risk and must determine how to manage it.

Relationships and conversations take time, and geography compounds the matter in this gigantic state. A few weeks ago one of our board members drove three hours to testify for about two minutes!

Our legislature meets in odd-numbered years for the 140 days prescribed by the Texas constitution, and bill sponsors cannot pass final legislation for the first 60 days of the session. Time is constrained, at best.

The changes in SB667 in 2015 added bandwidth to our captive statute, and the enhancements in SB915/HB1944 this year are vital for the same reason. Meeting biennially, we don’t get frequent bites at the apple. You’ll see another substantial influx of captives if they can handle all reinsurance activity through their Texas captive.

Texas’ 32 captives wrote over $4bn of gross premium in 2016, and several additional licences were approved in Q1 2017.

Thankfully TxCIA has had, and continues to have, board members who roll up their sleeves. We have a strong balance of owners and advisors. The former know their corporate needs better than anyone, the latter have many client data points and an internal mandate to spend time building domiciles.

We have found that we need a broad cross-section of views and functions on our board, so we’ve tried to build the organisation that way.

Texas business owners have a sense of pride in locating their captives here. Perhaps TxCIA’s role for the foreseeable future is in advancing a doctrine we might affectionately call ‘pure perfection’ – to make sure every Texas company, non-profit, healthcare provider or MLP with single parent captive needs can locate in Texas if they so desire.

If all Texas ever undertakes in statute is to enable single parent captives to domicile and operate here, the goal should be one of making the pure captive statute as robust as possible.

When his congressional career in the east came to an end, having lost his bid for re-election, Davy Crockett famously said, “You may all go to hell and I shall go to Texas.”

While we of course know how Davy’s time in Texas ended, there is a parallel in discussing captive issues and forging a strong domicile.

When it matters most, the only way to convene opinion is to get all the parties together in one spot and make a stand! While in full disclosure, I’ll probably always prefer the Duke’s portrayal, it is perhaps more aptly put as Billy

Bob channeled Davy some 44 years later: “it’s amazing what a little harmony will do.”