The Debate: How should you fund workers’ comp?

The funding of workers’ compensation has continually evolved, with the commercial market competing with group self-insureds and group captives. We asked two active members of the Self Insurance Institute Of America (SIIA) to debate the issues…

Is the financing of workers’ compensation insurance in the United States more suited to a group captive or group self-insured approach?

Self-insured workers’ compensation funds, commonly referred to as group funds or SIGs, are far from being a new idea.  Starting as early as the mid 1960s, funds were formed by association groups to provide the benefit of self-funding to their smaller employer members.

Creative thinkers of that period foresaw the possibility of self-insuring groups of businesses in pooling arrangements in which a level of anticipated loss would be assumed by the group, with the layers of catastrophic loss above to be transferred to the excess or reinsurance market. 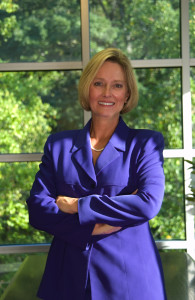 Obviously, the concept had great merit, although at the time and through subsequent early years it was scoffed at by the insurance industry as being dangerously amateurish.  As the exodus from the standard marketplace began to grow in large numbers, particularly in the 1990s, SIGs became a more credible and cost effective alternative for employers.

Many SIGs were formed strictly as homogeneous entities, serving one particular industry within the association, such as nursing homes, trucking, contractors, etc.  Now there are many heterogeneous SIGs that serve business associations that include all types of membership classifications.

The SIG concept of pooling liability does not come without risk. Careful underwriting and loss control are vital to prevent the possibility of assessment among the fund members, but the advantages of the tailored claims handling and industry-specific safety training to the membership is unique to the self-funded industry.

Surplus premium or contribution dollars are returned to the membership based on the fund’s total claims experience in many cases, so there is reward for a commitment to safety standards.

While the regulation of SIGs are state-specific, most operate under the leadership of a board of trustees, an appointed administrator, and a claims manager or TPA.

SIGs do have competition, not only from the commercial market, but from captive groups.  As employers are looking to save dollars on their coverage costs, the market does provide in many instances lower costs than with participation in a group fund.

The captive concept is very akin to group-funding, particularly with regards to liability. There is a very long “tail” associated with worker’s compensation claims. Skyrocketing medical costs make claims’ costs very difficult to predict, particularly with catastrophic claims that are paid out over many years.

Premiums or contributions collected must be adequate to cover those potential liabilities to prevent any assessment on the membership, either in a SIG or a captive programme.  There is much merit to the old saying “cheaper is not always better”.

Employers have a responsibility to not only provide mandatory workers’ compensation coverage, but take the initiative to also provide a safe work environment, and in all cases, a proper claims management programme to take care of their injured employee.  SIGs have proven over many years to be both cost-effective and profitable for their membership.

Is the financing of workers’ compensation insurance in the United States more suited to a group captive or group self-insured approach?

The group captive industry was started in 1985 and hit $1bn of premium in 2012.  This captive segment is now approaching $1.8bn with no end in sight. With minimum premiums of only $150,000, many best in class accounts are moving to captives and never looking back. 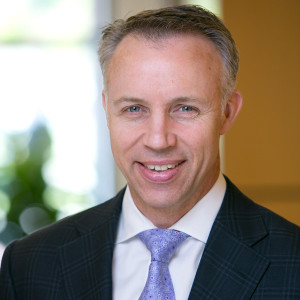 We certainly see SIG’s providing some great advantages to help control costs including:

However, when you consider the captive advantages, they deliver a knockout blow to SIG’s for their best in class accounts over $150,000 premium:

Although group captives do have risk sharing, the use of a fronting carrier eliminates Joint & Several (J & S) Liability that SIGs utilize.  J & S is not an issue for the majority of well-run SIG’s.  However, the New York SIG debacle created by one SIG manager highlights the risks of inadequate board governance and Joint & Several Liability.

SIGs will also learn the entrepreneurial aspect of captives is driving owners to use multiple captive silos.  Thus, if an owner uses a benefits captive or enterprise risk (831b) captive, the natural progression will be to evaluate their workers’ compensation placement.  In this scenario, the owner would be biased towards using a casualty group captive.

Unlike other risk financing alternatives, the group captive premiums are only a function of the prior five years of trended losses.  So when an account has a zero accident culture and no prior losses to develop, a group captive has no competitors in the market.

To highlight how the lack of prior losses can impact premiums, we placed a premier trucking entity in a captive.  Automobile liability rate was $3,000 for a $1m limit compared to $1,200 per unit for a $2m limit in the captive.  The $1,200 liability rate is comprised of 32% expense and 68% loss fund.  A trucking work comp SIG would lose this account based on the compelling captive advantage for the auto coverage.

SIGs are fortunate that this tsunami of captive growth will not impact their smaller accounts under $150,000.  They will learn, as with commercial insurance companies, casualty group captives will rule the world of best in class mid-market accounts.