The Debate: Should individual cells be included in the total captive count?

Captive jurisdictions around the world continue to count and classify captives in different ways.  In recent months, Captive Review has sought to bring more clarity to the procedure of counting captives but it can be a subjective and emotive task.

In this Debate, independent consultant Hugh Rosenbaum argues in favour of all cells and business units being counted while Dan Towle, director of financial services in Vermont, argues against such a broad-brush approach.  A consensus, however, may not be so far away.

Question: Should individual cells be included in the total count of captive insurance companies licensed around the world?

The count of the number of captives worldwide has been suspect and inexact for many years.  The number of captives reported to inquiring journalists by their sources is made inexact by different positions on those considered as active captives, captives in run-off, or recently struck off, for instance. 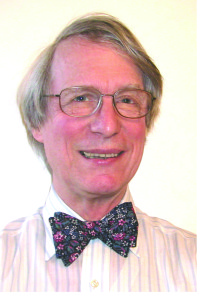 Cells are the fastest growing business development area for offshore domiciles, so they need to have their place in the count of numbers of captives.  I think cells should be counted and reported on in the overall count of the number of captives.

There are other entities, however, that are often counted but shouldn’t be.  Some jurisdictions have different categories of entities licensed under their captive legislation.  Among these are SPVs, or companies licensed under captive statutes but serving owners and objectives quite different from the rest of the captives being counted.

The original captives being counted were supposed to be instruments of risk management and risk retention vehicles for buyers of insurance.  The category of SPVs that seem to creep in to the count include those financial engineering entities formed by life and other insurers to neutralise illogical reserving restrictions imposed by the NAIC.

And while we are looking at categories of captives that swell the reported numbers there also are PORCS, owned by insurance agents and intermediaries. The acronym PORC stands for Producer-Owned Reinsurance Companies, an apt name for entities that are far removed from risk-taking by the original insureds. I don’t think they should be included, but they are, because licensed under the captive statutes.

And I find it really illogical to count as a “captive” all the core companies who offer cells to their clients, while not counting the cells themselves.  The core companies in my opinion aren’t captives by any stretch of the definition – they are commercial insurance ventures.

Two reasons why:  The subject of cells and business units in LLCs should interest those of us with an interest in tracking the number of captives for two important reasons.  The first one is that in most jurisdictions cells are capitalized and run very much like traditional captives, with some useful differences that make them lower cost and more efficient.  In many domiciles each cell is subject to regulatory oversight, too.

So this first reason sums up my observation that cells are another form of captive, as long as their modus operandi fits my idea of captives being instrumentalities of risk retention and risk management. Many, certainly not all, of the business units in LLCs are, too.

The problem with this first reason is that there are many more cells devoted to activities other than captive objectives.  There are lots of PORCS in cells, and even more single-premium life deals in cells, not to mention real estate financing and portfolio run-off arrangements.

My second important reason to advocate the inclusion of cells in the count of captives is that if we did, all the numbers would be much greater, in terms of numbers of entities as well as their total estimated volume of premium and assets.  Why is this a good thing?  Because the captive message to the rest of the financial and regulatory community needs to be reinforced by the only thing they seem to pay any attention to – big numbers.

This is an external reason, to increase the idea that captives are valid and numerous, and a significant factor in the risk financing “market”.  This second reason comes, of course, with the frustrating observation about secrecy.  Owners of cells are still able, for the most part, to keep their internal operations hidden from the outside world.

Names and activities of cell owners are never listed, nor are their regulatory ratios and Solvency II third pillar information. It will be interesting to see how Malta and Gibraltar, the only two European Union captive jurisdictions to openly promote cell structures, adapt to the requirements of Solvency II as regards this issue of reporting and secrecy.

Captive organisations and eventually the International Association of Insurance Supervisors (IAIS) should press for more clarity and even a modicum of transparency about cells that would permit them to be included, even as a subcategory, of the count of captives worldwide.

It would contribute to dispelling some more of the captive mystique, and add to the knowledge about the basics of captives.  But I believe there still has to be an initial triage as to what kind of cells go into this count, the way I believe some rationalisation of what goes into the count of single-owner and group-owned captives is needed.

Question: Should individual cells be included in the total count of captive insurance companies licensed around the world?

As the captive industry has grown, it’s been natural to track the growth of captive domiciles.  Counting the number of captives licensed in each domicile has become a common way of doing so.  Historically, Vermont has reported its data in the same way as other leading domiciles such as Bermuda and the Cayman Islands with the individual cell number reported separate to its captive count or not at all. 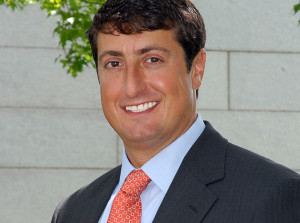 Lately, though, it’s become more difficult to compare domiciles’ growth. Today many domiciles seem to have a different basis for counting captives.  While captive counts have traditionally been based on licenses issued, now some domiciles are including the individual cells within licensed segregated cell or protected cell entities in their overall captive count.

Some domiciles do issue separate licenses to cells or other risk-bearing entities and include those in their numbers. But, even if your domicile’s law involves licensing cells or SBUs, while your count might be accurate, it’s still comparing apples and oranges with the numbers of domiciles that don’t count individual cells.

The results have been confusing.  We have seen that some relatively young domiciles have quickly posted lofty captive counts.  The numbers are intriguing, but what do they really tell someone looking to compare domiciles?

Vermont has never included individual cells in its captive counts.  For example, we recently reported that Vermont licensed 33 new captives in 2015, bringing the state’s total number of active captives at year end to 588, with 1062 captives licensed since Vermont issued its first captive license in 1981.

From a regulatory perspective, cells, by their flexible nature, can be formed and closed more rapidly than traditional captives.  Indeed, that flexibility is a big part of their appeal to many users. That same flexibility, though, is one of the reasons that including individual cells in captive counts can create confusion and is likely part of the reason they have not traditionally been included.

Consider the example of a major construction company that uses cells within its Vermont-licensed company to provide coverage for contractors involved in its various projects.  Given the contractors’ limited roles in the projects, those cells might exist only for a matter of a few months.  Including them in a count of captives would offer a false picture of Vermont’s total number of captives.

As more and more jurisdictions become captive domiciles, it might be time for some standards for counting their captives.  And in considering those standards it is probably worth acknowledging that more transparency is always better than less.  In the best case, data like gross written premiums, assets, and surplus should be included in the mix as they all contribute to painting the most accurate picture of a domicile’s vitality.

Taken together that data makes it easier to understand what a domicile’s numbers really mean.  For example, a domicile might report having 500 licensed captives, but knowing the domicile posts only $500 million in annual premium volume may suggest they’re primarily 831(b) micro-captives.  Adding the premium volume tells a clearer story than the captive count alone.

The rapid growth of the number of cells in cell captives is undeniable as a variety of entities take advantage of the flexibility and other advantages offered by cell structures.  Tracking that growth and where those cells are forming provides valuable information about the captive industry and individual domiciles.  However, combining the number of those cells with captives in domiciles’ reporting, is at best confusing and at worst misleading.  In the highly competitive captive industry, some domiciles might simply be trying to make their numbers look better than they are.

The answer is an approach to domiciles’ captive reporting heavy on transparency and data, allowing for accurate comparisons and providing a clear picture of where the growth is coming from in captive domiciles.  Individual cell totals can be reported alongside numbers of active captive licenses, but to give the data real value, domiciles should also include such information as gross written premium, captive assets, and surplus.

Honigman: Are you clear on corporate transparency?

Angela Gamalski and Michael Domanski on the rising trend of corporate transparency and why there...Read more

Martin G. Ellis examines some of the major banking services for captives and explains why...Read more

Matt Drakeley on the long-term challenges of rising healthcare costs and why self-funded captives could...Read more