The global risk landscape is becoming increasingly volatile for businesses operating in today’s environment. As multinationals seek to conduct business in every corner of the globe, they are now facing more risks than ever.

Outside forces have always been a factor in how efficiently a business can operate, but in an age where risk can range from a cyber breach to a political event to a weather-related catastrophe, the demand for tailored, comprehensive coverages fit to each captive’s needs is sure to increase.

“The area of risk has fundamentally changed over the past 100 years,” says Paul Ramiz, director in Aon’s innovation and solutions team. “There is very tangible proof that the world has changed due to a variety of factors, which in turn dramatically changes risk management.”

Just last month, the insurance industry faced another costly disaster when hurricane Dorian hit the United States and caused destruction in the Bahamas. Total insured losses for the US are predicted to be between $4bn and $8.5bn, according to RMS.

The insurance market has always been one of tradition. However, as c-suites show a growing desire to adopt more innovative and forward-looking methods, it could find itself entering a new age.

As data continues to increase in importance and price, and the world continues on its path to a digital future, insurance is on the brink of change.

Multinationals are now exploring how they can effectively insure the previously uninsurable. With global political upheaval, disruptions to supply chains and frequent weather-related events, businesses have been forced to act.

C-suites are now looking for the next solution, and this is where parametric insurance comes in.

Parametrics
Parametric insurance has two parts to a typical contract – one being the trigger and the other the pay out. Once it has been triggered, the insured receives a pay out based on pre-agreed terms.

It is a new market for captives, but not an immature one in the context of the wider insurance market, according to Ramiz. However, there is no reason why captives should not already be utilising it, argues Thomas Keist, director of innovative risk solutions for the EMEA team at Swiss Re Corporate Solutions.

“There are many good arguments for captives to use parametrics,” he says.

“I believe the reason it is not more widely used is because captives focus a lot on having the right insurance coverage in the various parent locations, working with regulators with respect to its capitalisation, and tax authorities with respect to making sure things are at arm’s length.

“They are engrained with the elements of traditional insurance, but should also consider parametrics.”

Ramiz echoes this, adding that their short-tailed, diversified nature could prove beneficial.

“It’s early days,” he explains. “There has been some retained risk in captives when it comes to weather. There has also been some parametrics where captive managers have analysed and reviewed it and internally insured it. There’s really no reason why a wide range of captives should not utilise a parametric solution. It’s different risk from that traditionally placed through a captive cell.”

“Arranging one could be quite a lot of work,” he explains. “Does it pay for the operational change? You have to have a fairly large risk and a premium related to it.”

Sean Welsch, of Welsch Captive Management, suggests it may not be widely utilised yet due to a lack of knowledge on its use. He explains: “Captives haven’t thought about utilising it because insurance companies haven’t yet either.

Increasing demand
Despite being a new market for the captive insurance world so far, industry figures are expecting an increase in use.

Marine Charbonnier, head of risk financing solutions and alternative risk transfer at AXA XL, says she is experiencing more enquiries from captive clients for parametric insurance, which is in part due to a more volatile risk landscape.

“There are many reasons why we are experiencing more enquiries, but the first is exposure. According to our research, we estimate around 80 per cent of corporates are exposed to bad weather situations. Therefore, they have more volatility – this is the first reason.”

Clients now also have a better understanding of their exposure due to better quality data, enabling them to link a bad weather example to the financial impact, Charbonnier explains.

As part of this, the captive can act to retain the first few layers of risk, or it can add coverages to complete what the parametric market is offering.

The parametric insurance market is poised for change, suggests Ramiz, adding that the presence of large reinsurers and hedge fund participation has helped its status.

“There’s a lot of interest in understanding how data captures these risks and how they are changing due to emerging mega trends such as climate risk and sustainability. It’s in its infancy but is growing up fast,” he says.

Benefits
Once utilised, parametric insurance can provide a number of efficiencies compared with traditional insurance processes.

There are three main benefits, says Keist, including speed of pay out, transparency and flexibility.

He explains: “Speed is the biggest advantage. Once the trigger is triggered, the pay out comes within days with no questions asked.

“Transparency also plays a role. Traditional insurance can sometimes be disputable because it is based on indemnification to each buyer. It can go through many stages in the claims process and the pay out can sometimes be unknown. With parametric insurance, it is completely transparent and known.

“Parametric insurance is not dependent on inclusions or exclusions and legal wording around how the cover works is very simple and straightforward. For example, if you want a new cover with a different trigger, it is not necessary to go through an entire set up, it is rather just a matter of changing the parameters.”

Parametric insurance is also more efficient when it comes to cost, according to Ramiz. A global shift towards the digitisation of business is pushing this.

“If you look at the cost of doing business traditionally, for example, it is high because of the cost of business to trade physically. The world is increasingly looking to do things in a digital way, so why not insurance too?

“You can also see why CFOs prefer these types of products: they do not end up in litigation and they operate on an agreed value up front, so if the event happens, they pay. The mechanism is straightforward and doesn’t contain the exclusions that might be found in a traditional insurance policy,” he explains.

Alongside this, parametric insurance can also help to smooth profit and loss and reduce volatility, Ramiz claims.

Insuring the uninsurable
Parametric products could also allow companies to cover risks that were previously uninsurable in the traditional market, suggests Ramiz.

“Four out of the 10 main risks have solutions available in the traditional market. Our team at Aon was set up with the premise of finding a way to insure the other six and look at modern risks. That’s where parametrics came into use as a way to fill those coverage gaps,” he explains.

It can also be used to speed up the pricing process, says Charbonnier.

She adds: “With a parametric solution, you can accelerate the pricing process because you can use the data available. If you involve your captive, you own the data, you can then organise and understand the technical model.”

Lows
Despite being an area of potential for the insurance market, there are still a number of perceived challenges to its implementation.

Applying a parametric coverage to local destinations is a challenge currently facing both the insured and the insurer. However, it is not impossible.

“This could mean that another contract is needed, adding another layer of complication. It is possible though.”

A lack of knowledge around the use of parametric triggers and insurance policies is also a major hurdle for businesses.

Captives are in a position to take advantage of them, but need to take the leap, according to Welsch.

“However, sufficient data will only be created once insurance companies start insuring that risk, so it’s a chicken and egg scenario.”

Outlook
It is clear that parametric solutions for captives are in their infancy, however, demand is growing, claims Ramiz, and its potential is piquing the interests of CFOs and risk managers.

“We’re in a data economy, it’s now more valuable than oil. There has been more data captured by us in the past three years than there has been in the existence of humanity, it is now an essential commodity.

“It’s the insurance of tomorrow, demand is increasing, we’re experiencing more CFOs and shareholders enquire about policies that pay out on a digital linear basis rather than waiting for loss assessment. The future of the world is digital, and you will see more people coming to the parametric division to get a layer of it in their portfolio, certainly as market dynamics change” he explains.

Huovinen adds that there is a “general” interest in using parametric solutions, but assurances around how it could drive efficiencies would be needed.

Despite an increasing demand, the market for parametric insurance in captives is far from a “tipping point”, but Keist remains optimistic, he concludes. 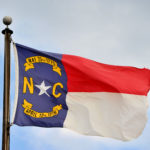 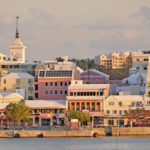