Writing D&O in a captive: worth the struggle?

We examine the prospect of placing Directors’ and Officers’ (D&O) liability coverage – AKA ‘Side A’ coverage – into a captive and find out what the drawbacks and advantages may be.

Historically coverage for directors’ and officers’ (D&O) liability has not been a line of coverage written in a captive. Long considered to be a ‘risky’ line of business and one too complex for placing into a captive, with too many variables and challenges in setting the right rate price and with spiralling rate costs an ubiquitous challenge.

There is then the not inconsiderable matter of the inherent conflict of organisations insuring themselves against the potentiality of their own wrongdoing – something which those looking at realising capacity in their captive would rightly seem dubious about, concerned whether writing such a line within their captive would pass muster with regulators.

A move towards D&O

With all of that said, and as everyone in our industry well knows, the coronavirus pandemic piggybacking atop the already hard market has for the last 18-or-so months resulted in a commercial marketplace with limited capacity. This has been especially true for emerging lines and, of course, in buying D&O coverage.

As a result, discussions over the viability of placing D&O into organisations’ captives has been rekindled, with rising interest seen from captive managers throughout the world, to the chagrin of some and the intrigue of others. Even some of D&O-in-captives’ detractors I spoke with conceded that now may indeed be a reasonable enough time to take another look at D&O in a captive.

The currently constrained conditions of the commercial insurance marketplace has meant that the likes of D&O have been some of the hardest hit; unavailability, restrained capacity within the marketplace naturally spurs risk managers into looking at the viability of utilising a captive or a cell (which we’ll come to) as a solution; with D&O a necessity, a choice, as SRS’s Andy Hulme states, utilising a captive as a compromise of a solution (substandard to the plainly superior structure of the commercial marketplace) is better than having no solution in place to cover this exposure, although some may effectively having strong-armed some into looking at this option despite the nebulous territory entities find themselves in at the mere thought of seeking coverage for claims made against them for their own potential wrongdoing.

The fact remains, though: D&O coverage is a must-have – but does writing D&O into a captive make sense, or is the complexity and lack of understanding around what use this coverage line is make this solution too unappealing for most?

Undoubtedly the line of coverage may be untenable for some, without the aforementioned choice, the option for writing some into a captive may just make sense at the present moment.

The case against writing D&O in a captive

D&O is simply not a risk commonly taken on by a captive. As Jelto Borgmann, captive portfolio manager at HDI Global, explains, D&O is not a frequency risk of the type a captive typically underwrites such as property and liability – it is a line of coverage the exact opposite of one that is high frequency and low-severity risk.

Conversely, Borgmann said, ‘D&O is a line of risk which is comprised of low premium rates and high exposures; the probability of the exposure happening, however, and the likelihood a claim will occur, is very low,’ thus bringing into dispute the very purpose of taking the effort to use a captive for this line of coverage.

Whether or not on an insurance or reinsurance basis, Borgmann noted that there is intense discussion over whether a captive is even justified in writing D&O coverage, or, for that matter, other similar coverages with non-indemnifiable claims i.e. cyber risk.

A lack of appetite from fronters

Capitalisation of a given captive may well be the most fundamental sticking point to writing D&O in a captive, but there is also the significant matter around whether fronters could ever be truly comfortable with the arrangement.

‘Fronters are often hesitant to provide fronting capacity for D&O given the inherently high correlation of the default risk’s entanglement (indubitably so given the ‘intimate’ nature of D&O coverage) with a captive’s parent entity,’ Borgmann said. ‘This is often something a fronter is not particularly comfortable with. In case of a claim being made, a captive is typically looked at on a standalone basis.’ However, this is not possible given the nature of D&O, and therefore greater levels of complexity come along with the reality of a claim being made on the line.

If there is a catastrophic loss event, as in the case of property or nat cat, there is the expectation that the captive would be recapitalised.

‘If there is a loss event for D&O, it is not likely that recapitalisation will happen,’ Borgmann said.

The final challenge with D&O is that when a claim is made, there is typically a very protracted runoff period which could even span years – another factor which is unappealing from a fronter’s perspective.

Legal wrangling and conflicts of interest

D&O claims are inherently non-indemnifiable, and the question of whether – and this being something liable to vary from regulator to regulator – a manager would be justified in making a claim. If, for example, some shareholders at the parent level decided to sue the former management, it’s questionable whether an affiliated company could reimburse the managers for a claim of this nature.

Another needle in the fronters’ side would be that, by default, they may be the ones who are left legally obliged to pay a claim where a captive is disallowed from doing so.

With so many of these factors uncertain and largely up in the air depending on the wiles of a given domicile’s regulator, it is not hard for me to see why many people I spoke to in writing this article baulked at the very mention of writing Side A into a captive. So, let’s look at the case for writing D&O into a captive; who can this work for?

How D&O can work within a captive structure

While noting that from a German perspective, regulatory body the Federal Financial Supervisory Authority (BaFin) have not implicitly expressed their position on writing D&O in captives, several legal opinions and research papers suggest it may be possible, but only for certain captives.

With, for instance, an attachment of £100m to a D&O line, while the probability of a claim ever occurring, the likelihood most managers could reasonably pay such a claim, is unlikely, there is the overall implication that only those very large organisations should consider writing D&O into their captive programmes.

A possible arrangement which makes writing D&O in a captive structure may exist in utilising a PCC structure in which to solely place Side A coverage, something Andy Hulme, executive vice president at SRS, has worked on with a number of clients in recent times.

The reason for this is because a PCC can be cash-collateralised to policy limits and cash is held to the benefit of the PCC, which is a non-consolidated entity,’ explained Hulme. ‘At least in theory, there is no ownership of the cash once it is in PCC and should therefore be ringfenced in the event of an insolvency.’

Furthermore, the perceptual hurdles are removed by having the D&O cover ‘one step removed’ from its parent entity. ‘A PCC operates at the discretion and the direction of its own board, and the board is not composed of anyone from the corporate,’ said Hulme. ‘With its own governance structure, conflicts of interest risk is diminished.’

ESG: the future purpose of D&O?

Environmental and Social Governance (ESG) relates to organisations’ conscious policies and aims which benefit the planet, drive down their carbon footprint, and create a kinder, more compassionate working environment for their employees.

It seems likely that the definition of D&O is at an inflection point; poised to shed its skin as being a line of coverage solely there to secure directors and officers wrongdoing, with a move towards a broader codification of what the coverage actually means, including the fiduciary responsibilities for directors and officers to meet their obligations in terms of ESG.

With organisations being challenged to think ever more about ESG – an ever evolving trend aligned with the perception of an organisation — D&O may well be the right line of coverage for a captive to take on, in which these emergent risks are covered.

‘The ESG arena is likely where the majority of D&O claims are going to come from in the future,’ said Dennis Culligan at Longdown. ‘There will more likely be claims against them [directors and officers] for their errors and omissions in ESG activities for the company, opposed to claims arising out of, for example, share price issues and pure negligence, which has never been a feature previously.’

While there continues to be interest from organisations in writing at least some D&O in their captive in view of the constrained commercial marketplace, the most well-positioned to do so will be larger captives with large premium reserves built up.

However, as mentioned throughout this article, the insurance industry’s use-case, in view of ESG coming to the forefront of boards’ agenda, appears to be shifting. And while some of the contributors to this article and others I spoke to while researching this article have their doubts or plainly believe the complexity of writing D&O in a captive outweighs what slender advantages there may be, many are also optimistic about the evolving definition of this line which, over time, may make it a viable option for all, not only the well-capitalised parents or organisations willing to navigate the intellectual complexity of self-insuring within this area.

The continued rise of captives

A move towards parametrics in captives

Thomas Keist of Swiss Re discusses the current interest levels in parametric solutions for captives....Read more

TRIGGERED: Should captives be utilising parametrics?

Once a fairly unknown concept, after the last few years parametric solutions and their uses...Read more 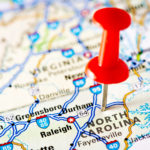 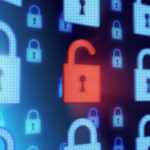