Dan Towle: CICA job was not one I could pass up

Dan Towle, director of financial services for the State of Vermont, has been appointed the next president of the Captive Insurance Companies Association (CICA).

Dennis Harwick, president of the Association since 2005, announced in June 2016 he would retire this year. CICA received more than 100 applications for the position, including well-known industry players and ‘industry outsiders’ with experience in managing associations. 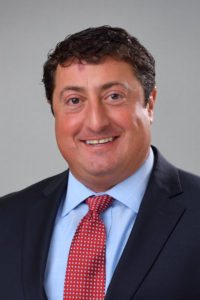 Towle, who has served Vermont as its chief marketer and strategist since 1999, was confirmed in the role today (Thursday) during a special press conference called by CICA. His first day in the role will be Monday, 24 April.

Speaking in an exclusive interview with Captive Review, Towle said while it was difficult to leave Vermont, the CICA role was an opportunity he could not ignore.

“I am not sure there is ever a ‘right time’ to leave a job that you have enjoyed so much for so many years,” he said.

“There have been very few job opportunities that have gotten my full attention over the years when they have presented themselves. However, the CICA president job is one that I have watched quietly for some time.

“I always felt it had a lot of similarities to what I enjoy most about my job at the state and it would be a good fit. When Dennis announced his retirement, I knew that this job opportunity was one that I could not pass up.”

Michael Bemi, CICA board chair and CEO of The National Catholic Risk Retention Group, said the Association had received applications from impressive individuals from both inside and outside of the industry. This was whittled down to eight individuals who then spent an extensive amount of time with the search committee.

Bemi also addressed Towle’s strong ties to Vermont and how that can be reconciled with CICA’s strict domicile neutral approach.

“We talked about that throughout the interview process and particularly when we decided we were targeting Dan,” he said.

“It is clear that CICA is domicile neutral and that is not going to change. When people think of Dan they probably will think of Vermont, but also the incredible success he has had there. Ultimately we can’t control what people perceive, but over time we are confident Dan will be associated with CICA. This will not be an issue within a short period of time.”

Towle believes the reputation and relationships he has built up during his time in Vermont will put him in good stead for the new challenge ahead and sees his close ties to the ‘Gold Standard’ domicile as an advantage.

“I have good friends in multiple domiciles, and have always understood that we are in this industry together,” Towle said. “The industry is too small to not treat everyone well.

“I have been invited and have spoken at other domiciles’ conferences and I think this is a good example of the mutual respect many of us have of our colleagues in other jurisdictions. I think my domicile experience will make me an excellent resource for domiciles at CICA, especially some of the newer ones.”

In the short-term, Towle said he will undertake “more fine-tuning than major changes” at CICA.

“I am grateful to take over an organisation that has been well run and led by the efforts of Dennis Harwick and the board of directors,” he added. “I look forward to learning as much as I can from Dennis in his time before his well-deserved retirement.

“Dennis won’t retire until the end of June and I won’t officially be able to meet with the full board until early June. That will be my first chance to meet with them, compare visions and decide how best to utilise our resources.”

When asked what attracted him to the CICA role, he said he admires the “independent voice” it has and the advocating work it does on behalf of the industry.

“I have admired their important work in advocating for captive insurance and being an excellent resource for unbiased, domicile neutral information,” Towle said.

“CICA has been a strong partner for Vermont and I have admired the job Dennis and the board has done in representing the industry.

“The advocacy piece was also very attractive to me. Our industry has no shortage of threats and I have been advocating for Vermont’s broad clientele, but it pales in comparison to CICA’s diverse membership across all domiciles. I will be able to advocate better with a more credible, domicile neutral voice.”

Regarding the time he has spent in Vermont, Towle said it had been a privilege to work under four different governors and alongside “legends of the industry” such as Len Crouse and David Provost.

“I have had an opportunity to get to know many of our best thought leaders of our global industry and I owe a great deal to all of them who have impacted my perspectives and knowledge,” he added. “I am proud of the work I have done there and what we have accomplished.

“We have such a strong infrastructure of talented people. They are passionate and committed to their work. I have often said the reason we are successful in Vermont is that we all consider ourselves stakeholders with a personal interest in our success. I have always felt that there. I look forward to growing more stakeholders in CICA’s success.”

We examine the prospect of placing Directors’ and Officers’ (D&O) liability coverage – AKA ‘Side...
MORE
A move towards parametrics in captives

Thomas Keist of Swiss Re discusses the current interest levels in parametric solutions for captives....
MORE
TRIGGERED: Should captives be utilising parametrics?

Victor Puleo of Butler University tells us about the Davey Risk Management and Insurance Programme;...
MORE