The Power 50 is a ranked list recognising the most influential professionals in the global captive insurance industry.  Returning to the number one spot in 2015 is David Provost (pictured), deputy commissioner for captive insurance in the State of Vermont. 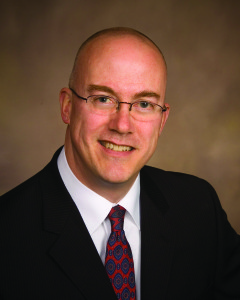 A busy and impressive year for captive tax expert Bruce Wright, partner at Sutherland Asbill & Brennan, sees him climb to second spot having been number four in 2014.

The majority of big movers and new entries, however, have come from the European marketplace with Solvency II implementation on the horizon.  This is best illustrated by the rise of Zurich’s Paul Woehrmann into the top ten (from position 47 in 2014) and Aon’s Vincent Barrett, who has moved from number 40 to 14.

2016 is shaping up to be a big year for captives in Europe.  The actions of regulators, captive managers and insurance partners are expected to have a big say in whether the insurance vehicles thrive, simply survive or crash within the European Union.

It is important to note that for the first time in 2015 Captive Review has produced a separate list specifically for those service providers, associations and regulators that concentrate on the United States’ smaller captive space – those entities making the 831(b) tax election.

This list of 20 names – the Enterprise Risk Captive (ERC) Pioneers – will be released on Thursday.

The full run down of the 2015 Captive Review Power 50 is below.  Rationale and pictures of all entries will be featured in the February edition of Captive Review, published in mid-January.

After the last year of turmoil and an increasing focus on the importance of campaigns...
MORE
Captive Review & BDA Bermuda | The Expansion of the Bermuda Captive

The Expansion of the Bermuda Captive In the wake of a persistent hardening market and...
MORE
Slippery Slope or Stable and Sustainable? The Washington State captive law

The years-long fight between captives operating in Washington State and the state’s Insurance Commissioner Mike...
MORE
Meet the Power 50 Top 10

Five years ago, Captive Review introduced the Hall of Fame to the Power 50. It...
MORE