A full analysis of global captive insurance statistics is at least a month away, but the numbers have already started rolling in (see page 10). As a result it is a timely opportunity to remind our readers how Captive Review receives these statistics, how we analyse them and what we do with them.

As ever, the first issue to note is we do not include individual cells or series in the total ‘captive’ count of each domicile, or in the global tally. This can be a contentious issue, since many cells write significant premium, carry large assets and behave much like standalone captives.

However, cells are also more fluid in their formation and dissolution and numerous jurisdictions are unable to provide accurate numbers, if any at all. A significant number, particularly in Guernsey and Bermuda, are also used for insurance-linked securities transactions. Where domiciles are able to provide their cell numbers we do report them, but they are not included in the total captive count. 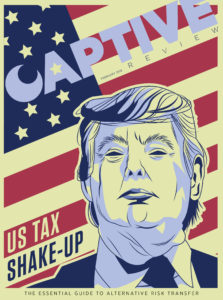 Aside from cells, a more important issue in my opinion is the issue of surrendered licences. This is the number of captives that have been lost from a domicile during the course of the year. Our news analysis on Vermont (page 19) discusses this in detail, and is a good demonstration of the different reasons for a captive surrendering its licence – merger and acquisition at parent level, re-domestication and liquidation, to name three reasons. Top their credit, Vermont are very transparent on this issue.

The captive industry can be a secretive place, but it is important that domicile statistics are reported accurately and consistently. Captive Review will be delivering this online and in the magazine over the next month, ultimately concluding to our annual World Domicile Update in the April edition.

Lastly, congratulations to all the professionals who made it into the 2017 Captive Review Power 50 revealed online in January. The full list, including descriptions for each entry will run in our March edition.